A Comic Convention the Weekend of Thanksgiving Just Sounds Odd 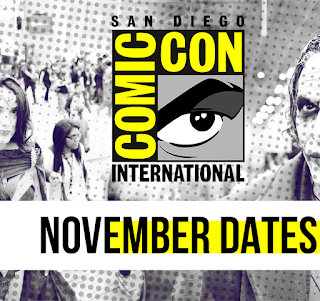 We are slowly getting back to normal thanks to vaccinations for COVID-19 (I just got my first one). By the Fall it is quite likely we will be able to safely gather with loved ones for holidays such as Thanksgiving after reasonable people didn't have big gatherings in 2020. With this in mind, it is kind of odd that Comic-Con International, the company behind the massive San Diego Comic-Con wants to have a convention the weekend of Thanksgiving. It won't be as huge as SDCC but is a way for them to kick the rust off, so to speak. Still, airports will already most likely be clogged and many folks might want to see family for the first time in a long while as opposed to doing a convention. I'm not saying it's a terrible idea, but it just sounds like an odd way to spend the first Thanksgiving after a pandemic. Why the week before or after Thanksgiving wouldn't work escapes me, but there you go.