Disney Throws Arms Up in Air in Defeat, Plans to Release, "Black Widow," on Disney+ For an Extra Fee 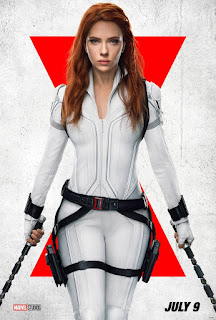 Disney has dabbled some in releasing new stuff on Disney+ for an extra fee. They tried it with the live-action, "Mulan," as well as that new Dragon cartoon. Disney must be tired of delaying, "Black Widow," however, as it has pushed it back one more time to July 9th instead of May 7th and it will be released simultaneously in theaters and on Disney+ for an extra fee. They'll be doing this with that weird, "Cruella," movie too (I was very confused about who that movie is actually for by the trailer) with it streaming and in theaters on May 28th.

I guess Disney crunched the numbers and decided enough people will shell out $30(!) to watch these at home before a general release on the streaming platform that doesn't cost extra some month later. I mean, I can see lots of people coughing-up $30 for, "Black Widow," and maybe splitting the cost with some friends. "Cruella," is most likely going to bomb though, sorry (I'm not sorry).

Whether this is a sign of things to come for all future releases even as the COVID-19 pandemic subsides or a temporary measure remains to be seen. I'm just happy after being delayed what seems like forever that, "Black Widow," will finally at least be out. It looks relatively entertaining between the mysterious Taskmaster and David Harbour being his entertaining self. I really ought to watch, "Stranger Things," if for no other reason than he's on it.

Oh, and one more notable thing was announced along with, "Black Widow," going to Disney+. The, "Shang-Chi," movie now has an official release date of September 3rd, 2021. I expect a trailer will drop for it sooner than later. Whether it will be exclusive to theaters or streamable as well is still a mystery. 2021 is shaping up to be pretty full of entertainment, no matter how you slice it. Is that an expression? I'm going to make it an expression.