I Tried the Latest Coke with Coffee Flavor... 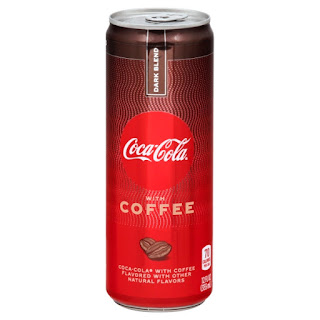 I vaguely remember Coca-Cola doing it before, but the latest attempt to launch Coke with coffee is now for sale in stores. There is a dark blend, vanilla, and caramel flavor. I've mostly stopped drinking soda in an effort to lose weight, but I felt like I needed to try this and share my thoughts on it as someone who loves coffee and used to drink a ton of coke before I worked at cutting it mostly out of my diet. I gave this a drink and it was decent, but not amazing.

I drink my coffee black with no cream or sugar. I sampled the dark blend of Coke with coffee and it tasted a lot like sweetened coffee that had coke poured over it. It wasn't so much a seamless blend of flavors as it was two different ones seeming to be combatting each other. I would taste some coffee, then I'd taste some coke, but they didn't synergize too wonderfully. The overall taste profile was okay, but this is nowhere near as good as alternative Coke flavors like Cherry Coke or even Vanilla Coke. I'm in no rush to try the coffee with vanilla or caramel, but they might have a bit more zing to them. As it is, I was mostly let down by two things I like coming together to make something this average.