A, "Suicide Squad," Video-Game by Rocksteady, You Say? 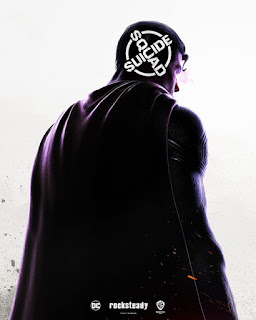 Rocksteady Studios is a video-game studio that in 2006 made a so-so video-game known as, 'Urban Chaos: Riot Response." It was a forgettable first-person shooter. Nobody expected much from them. Then they made a Batman video-game, with it known that Batman video-games at that point were always terrible. The game was, "Batman: Arkham Asylum," and it was somehow absolutely incredible, defying what everyone knew about Batman games and taking Rocksteady from a barely-known studio to a company held in high esteem. They proceeded to make more Batman games that were a delight to play and their last title as a smaller-scale VR Batman game for the PS4. Then silence. Well, some artwork has been revealed that shows Rocksteady is making a, "Suicide Squad," game--where they may take on Superman. This sounds quite nice.

Seeing as how good the Batman games Rocksteady has created are, and how they've featured Batman as well as his friends and sidekicks, I am pretty optimistic Rocksteady can give us a good time with a team-based Suicide Squad game. For those not aware, "Suicide Squad," is the nickname for Task Force X. This team is made up of villains in the DC Universe who have been imprisoned, but by going on extremely dangerous deniable ops for the United States Government can get time shaved off their massive sentences and--theoretically-eventually be freed. Again though, the team is known as the, "Suicide Squad," so missions ain't exactly a cakewalk. A video-game of this sounds delightful and I am eager for more to be revealed in the near future--apparently the DC Fandome virtual event on August 22 will spill the beans.
Posted by David Charles Bitterbaum at 10:26 AM