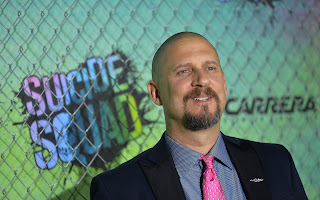 As I and the rest of the internet discussed, HBO Max is going to give Zack Snyder enough money to make his director's cut of, "Justice League," AKA the, "Snyder Cut." Well, that has resulted in David Ayer, the director of, "Suicide Squad," now coming out here saying, "Hey, I could easily do that too!" Now, even the most generous of people will describe, "Suicide Squad," as, "Not that great," but according to Ayer if we were to witness his true vision free of meddling from Warner Brothers we would get something magical. Yes, supposedly the version of, "Suicide Squad," we were denied would have a deep and interesting Jared Leto Joker, tie in some New Gods elements, and otherwise be better than sliced bread as Ayer tells it.

All I have to say about this is, "Look what you've done, internet." Seriously, everyone had to whine for a, "Snyder Cut," that I imagine will be entertaining but not especially amazing and so the point HBO Max decided, "Hey, we can maybe get enough subscribers it is worth it to do this." Now, David Ayer wants to assure us, "Suicide Squad," is actually an Oscar-level masterpiece as opposed to a hot turd on a bright Summer day. For all I know there is an incredible version of, "Suicide Squad," we were denied. However, I suspect no matter how hard Ayer insists he can polish that turd, it's still going to be steaming in the Sun regardless of some studio interference being cut-out and a handful of scenes tweaked. We'll see if he gets his wish of a new cut or not, I guess.
Posted by David Charles Bitterbaum at 1:29 PM