Flashback Friday: "Hotline Miami," Remains a Strange and Grotesque Puzzle With One Tender Aspect That Stands Out 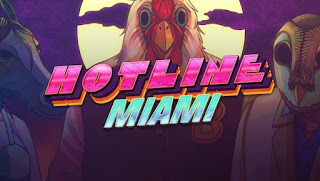 "Hotline Miami," first was released in 2012 and was an odd game. With purposely 16-bit styled graphics and a soundtrack styled after its setting of the 1980s, it follows a man getting mysterious phone calls sending him out to kill people whilst wearing Halloween-style animal masks. As the game wears on it is clear others are under this spell too and causing bloody mayhem.

The game is extremely violent with only the fact the graphics are purposely dated in appearance keeping things from being too hard to stomach. As your mysterious unnamed character rips through foes with knives, bats, and all kinds of guns the game gets a bit meta and talks about how the violence is arguably pointless and maybe just because, it asks, "Do you like hurting people?" The fact your character can easily die results in each level being a bit tricky, requiring fast reflexes and memorization due to constant failure, turning levels into weird little puzzles of death and destruction. It would be nothing but a cynical and dark game--albeit a fun one with a great soundtrack--were it not for its one and only sweet element that sticks out in my mind.
Your unnamed character--who wears a jacket and therefore is often referred to as, "Jacket," by the internet--embarks on one of his missions the mysterious phone calls instructs him to early in the game where he kills everyone in a mafia-styled drug den before stumbling upon a woman whacked out of her gourd on drugs who declares she doesn't even care if she dies, she's been ready for death for some time. She one of the few characters in the game you don't harm. Instead, you pick her up as Jacket and gently carry her to your car.

As the game jumps forward to various dates with other phone calls you actually see Jacket and this woman making a little life. She gets clean of drugs after crashing on his couch, relaxes in the tub, cleans the dingy apartment up, and watches television. She goes out sometimes and gets groceries it appears. They get another twin bed near Jacket's bed and they sleep by other but seem to be in a platonic relationship of sorts where Jacket saved her--for some reason we never really learn--and helped her turn her life around in some fashion.
We only get glimpses of this happy domestic life, as you still answer the phone, get the message to go kill people, and do just that. The life we don't see much of however actually seems to be a happy one of two friends trying to figure out a terrible World. It doesn't last. Towards the end of the game, you return home to discover another masked foe has killed this woman in your apartment and attempts to shoot you before you're able to break-out of the hospital you wake-up out of a coma in and wreak havoc across the city to kill this man being kept in protective custody, then proceeding to kill anyone else possibly to blame for everything (some rich gangster types).

There is an epilogue with a biker that attempts to provide some answers, but things are still pretty vague as the game ends. It starts bloody and nasty then ends that way, with only a brief hint of happiness in the middle that is abruptly snatched away. Something about Jacket and the unnamed woman sticks with me as the soft and gentle nature of it stands out starkly amongst all the rest of the violence.
I replayed, "Hotline Miami," recently on the Nintendo Switch having tried it years ago on the computer. There was a really good sale so it was dirt cheap and I thought I'd revisit the game. The sequel was included in the game too, but I recall that got a lot less positive criticism than the original game, so I'm in no hurry to play it. The original, "Hotline Miami," with its weird mixture of gore, meta-commentary, and neon-drenched fights mixed with that small glimmer of sweetness is more than enough to tide me over for some time.
Posted by David Charles Bitterbaum at 5:48 PM