Diamond Plans to Resume Shipping Comics on May 20th 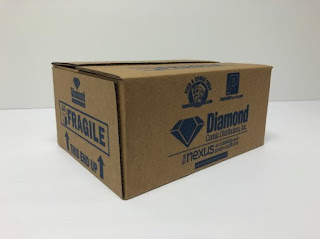 Diamond Comic Distributors was the sole shipper of new comics for years and shut-down as COVID-19 became a major issue and ground the World to a stop. They have gotten things organized enough to be able to start shipping-out comics again on May 20th. DC has tried some alternative shipping to the irritation of many for a variety of reasons, but this is the big dog returning to market.

This will hopefully help comic stores that have been doing curbside, delivery, or shipping (plus some may be opening to some degree as states open back up, whether that is smart health and safety-wise or not). It also will assist many publishers that have had to furlough employees, and I'm pleased some of those publishers such as BOOM! Studios have plans already to work with comic stores as things get moving again. I'm just excited for comics to be coming out again (DC's alternative distribution attempts aside) as long as everyone is careful and safe.
Posted by David Charles Bitterbaum at 6:31 PM