The Middle of January

The first month of this new year is a bit over halfway done. I hope your January has been good. Normally I hate January but after how insane December was I'm actually pleased for things to be mellow. Because I love you, my dear readers, I have saved links and interesting pieces of news to share with you in this post. No need to thank me, just feel free to Venmo me five bucks when I am able to figure out what the Hell my Venmo password or account name is.

Things To Share Thoughts On
Polygon had a great feature on the Kinect and how it failed despite the best efforts of Microsoft. It struggled when it came out for the Xbox 360 and even bundling it with the Xbox One when that console first launched couldn't make the thing popular.

Also from Polygon, an observational piece on just how miserable it is to try and shop at Gamestop.

The implosion of the organization known as The Romance Writers of America could be made into a novel itself, but more of a tragic thriller than anything passionate.

Gwyneth Paltrow's snake-oil peddling company Goop has a new show on Netflix and it is apparently as bad and cringe-worthy as one would expect. I will not even be hate-watching lest Netflix thinks that indicates a positive response.

I loved reading about these six small-press makers of comics to keep an eye on. Their work already is amazing and I wish them all massive success.

When, "The Simpsons," first came on the air in the late 1980's Apu was not made with malicious intent, but he is a pretty bad caricature and well past being of use to show still in his current incarnation. Fox seems to realize this as Hank Azaria (the voice of Apu and many other characters on the show) has said he won't be doing any scenes as the character going forward. Whether this means Apu will be retooled or just simply not appear on the show remains to be seen.
I like to buy stuff on Etsy ranging from vintage comics and knick-knacks to cute personalized gifts for my loved ones. Currently, there is not much merchandise of Baby Yoda/The Child from, "The Mandalorian," and Esty sellers have stepped up to fill that void. Disney does not like this, however. Anyone who isn't vague enough in a listing is finding themselves hit with a takedown notice/their item delisted.

Paste's list of the 100 best horror comics of all time has some selections I really agree with and some that made me go, "What?" It is overall a solid list though, and props to it for including the stellar, "Black Monday Murders," which I am still patiently waiting for to be finished.

To conclude, leave Harry and Meghan alone. Let them live their life however they want. If they do not want to be royals that's cool. Should Meghan want to return to acting in the form of voice-over work, that's fine too. Harry's mother--Diana--was arguably killed due to the actions of the paparazzi.  It makes sense Harry and Meghan want none of that and are fine giving up royal titles to have some semblance of regular life with their son. Let them be sad, happy, or whatever they feel in peace. 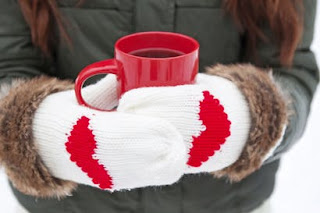 It will probably get colder before it gets warmer, so try and spend the rest of the month staying as warm as possible. I truly appreciate you all.
Posted by David Charles Bitterbaum at 7:50 PM