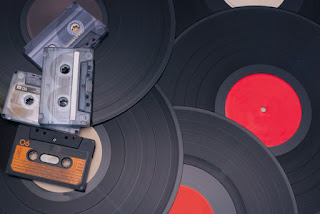 I've talked about the power of nostalgia multiple times on the blog and the idea of taking people's love of the past and basically making something designed to prey upon our nostalgic whimsy so we automatically have a certain fondness for it. Well, currently three songs I'm digging all have a big dose of nostalgia involved. Two of them are by Summer Walker (with one featuring someone to really give it that past-appeal boost) and one is by Mahalia featuring Ella Mai. Let's discuss the two Summer Walker jams first.

"Playing Games," by Summer Walker is the most subtle of these three when it comes to nostalgia. It doesn't outright sample any older songs, but has some key lyrics that call-out a classic jam. Basically, she suspects she is being cheated on and in the chorus asks, "So won't you say my name, say my name, if you claim you want me, it ain't no thang." This is undoubtedly a riff on Destiny's Child mega-hit, "Say My Name." Here is that lovely ditty:

It is minimal for sure, but it's there. Anyone who knows, "Say My Name," without a doubt would recognize the call-out to it. Subtly flies out the window for, "Come Thru," which features Usher, however.

"Come Thru," begins with one of my personal favorite Usher song's, "You Make Me Wanna," playing in a fuzzy way before Summer Walker sings about how a man she likes makes her want to, "Come through," and basically stop by and see him for good loving. It sounds like it is just barely riffing on the Usher classic at first before Usher himself starts singing some new lyrics...and by the end of the song they are outright saying lyrics from the old classic without any doubt what song, "Come Thru," is drawing inspiration from. "You Make Me Wanna," can be heard right below:

As I adore, "You Make Me Wanna," it gives, "Come Thru," an almost unfair advantage of being a song I like a good bit already, with Summer Walker and Usher sounding great on it too, nostalgia aside.

"What You Did," is our third song that weaponizes nostalgia and does it with a severity somewhere between the vague allusions on, "Playing Games," and outright saying past lyrics on , "Come Thru." "What You Did," is by Mahalia and features Ella Mai. It also samples a key sound and lyric feature of the Cam'Ron song, "Oh Boy." Now, back in Junior High, I bought the CD, "Come Home With Me," by Cam'Ron basically just for, "Oh Boy," that is how much I loved it--remember those days where you bought an album for just one or two songs? It has him and Juelz Santana rapping as a high-pitched female voice says, "Oh Boy," off-and-on. Here it is:

"What You Did," samples a bit of the beat and that key, "Oh Boy," voice that made the song a banger back when I was a teenager and hearing it really takes me back. Oh, and lest anyone accuse me of forgetting, the version of, "Oh Boy," with Mariah Carey and Cam'Ron was hot fire too, but the original was my main jam. Her's that one while I'm flooding this post with YouTube links to old music:

Some people might be critical of new songs using old ones in this manner, saying it lacks originality. I am fine with it because throughout history artists have sampled or outright ripped each other off to make cool stuff. As long as in these cases everyone is getting paid for their sample who deserves to be paid, it's all good. I'm just enjoying listening to new things whilst simultaneously having my fondness for the past fed that delicious ol' weaponized nostalgia.
Posted by David Charles Bitterbaum at 6:31 PM