Are Those, "Star Citizen," Games Ever Coming Out? 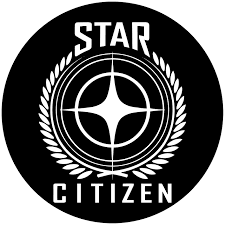 You may have heard of the online spacefaring game, "Star Citizen," and the title that began as a part of it but then became a spin-off single-player title, "Squadron 42." The developer, Cloud Imperium Games, did a Kickstarter campaign in 2012 that raised a lot of money and continued to keep privately gaining funds to the point it is now 2020 and the game has raised...let me check my notes...over 260 million dollars? Oh, but as impressive as that is, we are now eight years later and everything is still basically in an early barely-playable, "Alpha," state. Certain things in, "Star Citizen," work but more and more features keep being announced with this all seeming to be more like an impressive tech demo of an engine as opposed to a real game. As for the first-person shooter spin-off, "Squadron 42," that supposedly is finally coming-out in 2020...or is it?

Apparently, these games have some drama in that another company named Crytek has filed a lawsuit with the claim its engine is being used without their permission/them getting a cut. Cloud Imperium Games has said they aren't using any Cryengine technology, and has argued the lawsuit against them has to be dismissed as without the games being released, how can there be a lawsuit? Crytek is saying if, "Squadron 42," is supposedly due to be released this year then the lawsuit is, "Ripe" but the suit keeps getting pushed back because the game is always getting delayed...with Cloud Imperium Games seeming to want to delay stuff out of this year as if, "Squadron 42," will not actually come out in 2020. Keep in mind, "Star Citizen," still seems like it will maybe come out still years later or collapse into a stupendous mess. 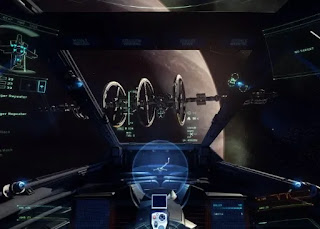 We are so many years into the development of, "Star Citizen," with people buying spaceships that supposedly will be useful in the finished game for tens of thousands of real-life dollars. The single-player spin-off is most likely not coming out in 2020. Should these titles ever be released it is impossible for them to live up to the hype and expectations. I just do hope they finally are released someday and are relatively fun. The alternative that this is going to turn into a flaming wreck that pissed away over 260 million dollars of money from hopeful fans, venture capitalists, and so forth just sounds really unpleasant for everybody.
Posted by David Charles Bitterbaum at 6:49 PM