A Prelude Graphic Novel For an Ongoing Comic? Interesting... 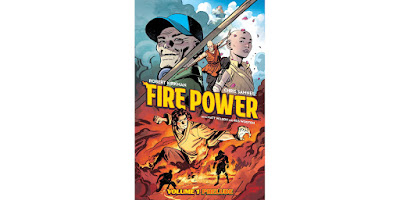 Image Comics announced a bit ago that with Robert Kirkman done writing, "The Walking Dead," he has a new comic in the works--"Fire Power." Even though he could probably spend the rest of his days counting the cash he's accumulated from TWD I admire him wanting to do more comic-work, even if I suspect any future projects are secretly pitches for media options as comic-books...but I digress. Basically, Kirkman and all-around awesome artist Chris Samnee (who I met at a comic-con before and really is as nice as people say) will be doing, "Fire Power," to tell the story of a man who travels to a mystical city to discover his ability to summon fire through martial arts. I know, it doesn't sound too wildly creative, but one way the comic will be released is pretty clever.

Essentially, Kirkman and Samnee will be releasing a full-length graphic novel that serves as a prelude for the ongoing series. People can read a big chunk that serves as an introduction and then follow the comic monthly afterward. I see the logic in this, as, "The Walking Dead," itself picked-up a lot of readers via people who read the earlier trades and then once caught-up would follow the series monthly. By having a big ol' prelude graphic novel there is already a pre-collected edition of sorts readers can absorb and really dive into the series before it starts releasing single issues. 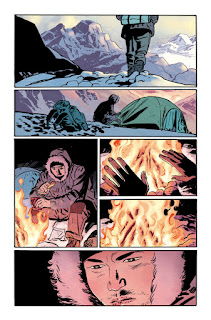 This all does make me wonder why they don't just release everything in graphic novel installments (as Joe Casey and Pitor Kowlalski have done with their comic, "Sex," after it was monthly for a while...so kind of the reverse of this)? Robert Kirkman is a lot richer than me so I have zero qualifications to judge his business and publishing choices, however, so I guess now we will just see if this idea of a prelude graphic novel before an ongoing series works-out well or falls flat on its face. I mean, at the end of the day if the story is good that will help, if the story is bad, little can be done to save it. At least with Samnee on art that'll look smashing, I imagine.
Posted by David Charles Bitterbaum at 4:48 PM