Flashback Friday (Despite it now being Saturday): The Alias Series (Comic, not unrelated T.V. show). 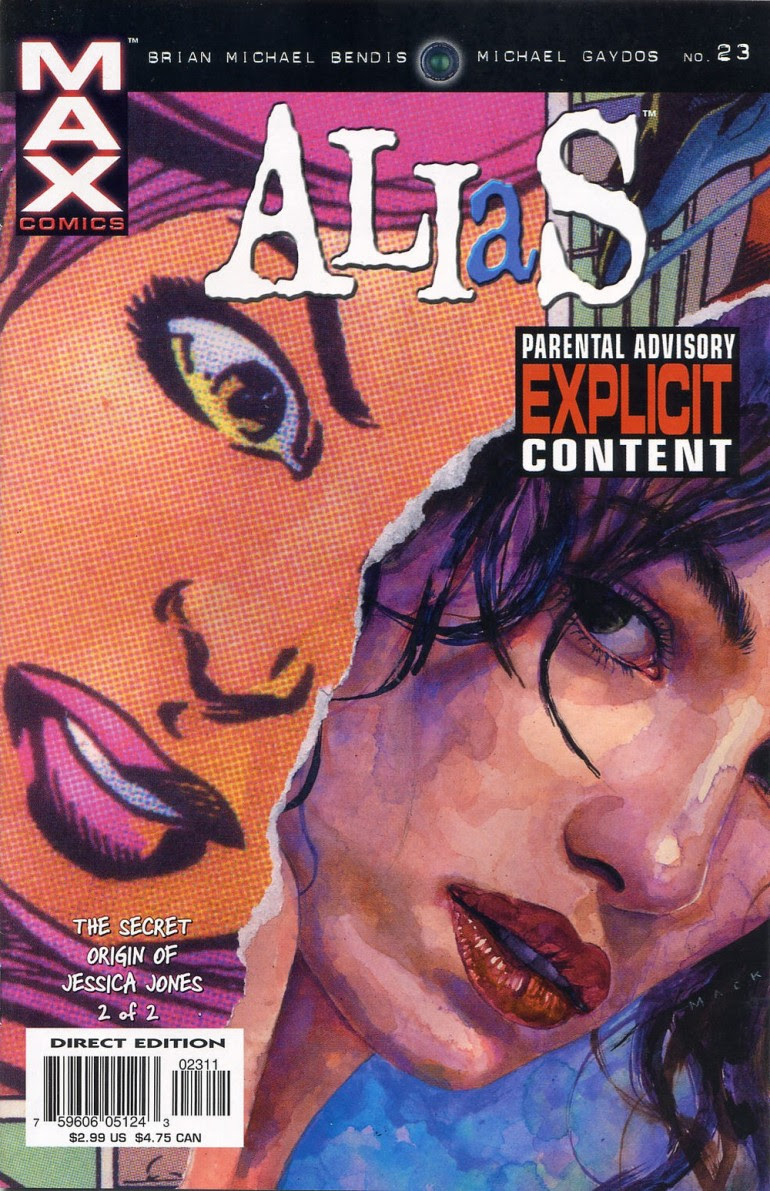 Sorry for the delay on a Flashback Friday; I busy on the 31st with my Pop's birthday, finishing moving things into a new apartment, and staying up quite late to ring in the new year. We now return to your regular commentary:

Alias #1-28
One of Marvels first and arguably best "Max" titles, Alias is just an amazing series. It is about a private investigator who has powers named Jessica Jones and the various experiences she has on the fringes of Marvel super-hero world, showing in a somewhat meta fashion how a mostly "normal" person would feel in this world of super-heroes, government intrigue, and mutants. It also has the start of her romance with Luke Cage which later led to their marriage and baby in New Avengers, and anything with Luke Cage automatically gets some love from me. Why is this comic so great though? Many reasons.

Brian Michael Bendis is at his best when writing street-level action. Yes, Avengers is a fun little comic, and Secret Invasion and Siege were fun big events (even if I didn't quite care for them), but for his best stuff you read his and Alex Maleev's Daredevil, their current work on Scarlet, or Bendis' earlier independent work like Jinx. Alias is how a street-level character deals with a cosmic-event world. Jessica Jones doesn't want to be involved in all this super-hero business (though she once was a hero we learned, but quit after a major event I won't spoil), but ends up always getting drawn into it. From dealing with intrigue about Captain America, to finding a runaway girl who may be a mutant in an ignorant town, dating then-Ant-Man Scott Lang, or having to stop the Purple Man, Jessica Jones just can't get a break. Hell, she even rescues J. Jonah Jameson's adopted-daughter and the comic makes him almost look like someone you can relate to (and everyone hates ol' Jonah who reads comics).

Not to mention that artist Michael Gaydos does an amazing job. He make Jessica both look somewhat pretty but also human, making even scenes of people just talking look dramatic, such as in my favorite part of all 28 issues when Jessica speaks to the Purple Man through a monitor and he narrates everything as if they were in a comic book...and the page design actually does what he says--clever. 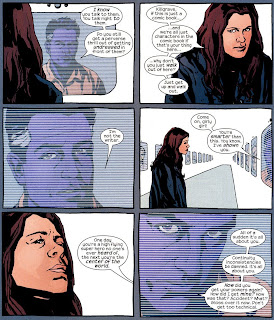 The fact that this was a MAX comic allowed Bendis to not hold anything back. These characters cursed, drank, and had sex--just like real people as opposed to goody-two-shoes regular super-heroes. Jessica's character growth over these 28 issues is amazing, we truly start to identify with and care for her. I was able to get the Omnibus of all the issues for a good price on Ebay but now Marvel have released much cheaper and easier to carry "Ultimate" collections. I'd recommend starting with the first one and going from there. If you like great comics you won't regret it!
5 out of 5 stars (for the overall series).
Alias: Ultimate Collection, Book 1