The following is what looks good from the latest issues of Previews--new things as I won't bother pointing out all good stuff that I already get, as that would make a long and dull list. Do you agree? Disagree? Felt I made heinous mistake by forgetting something? Read on and form your opinion. The Marvels pamphlet will be discussed tomorrow.

Jimmy Olsen #1 (odd numbering choice as it is a one-shot), Page 93, $5.99
I've quite enjoyed the Jimmy Olsen back-up running in Action Comics, so having this one-shot to finish the story is great! What's that, it's also publishing the previous pages as well as the new stuff, and because they're doing that they are charging almost six bucks? Damn, if I didn't really love this I would maybe skip it, but it's just so good.

Batman and Robin: Batman Must Die!, Page 108, $24.99
Collecting the amazing issues 13-16 along with the presentable, "Batman:  The Return" one-shot, this is a no-brainer for me to buy. The only thing is to completely grasp this arc you really need to read "The Return of Bruce Wayne" at the same time you read this, switching off issues so you grasp just how certain things occurred. Still, Grant Morrison, Frazier Irving, and it contains my favorite single issue of the year! I shall be buying this. 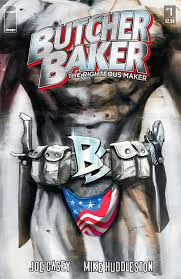 Butcher Baker, The Righteous Maker #1, Page 168, $2.99
A story about a hero beyond his prime who is convinced to go back to super-heroics by what appears to be Jay Leno and Dick Cheney? Yeah, that sounds wacky enough to be some good fun. Plus it is by Joe Casey, whose work I always enjoy. 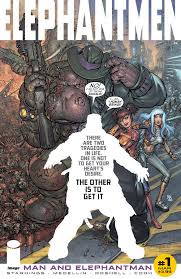 Elephantmen: Man And Elephantman #1, Page 172, $3.99
I'm not sure if this is a series re-boot or a random one-shot, but I always enjoy the Elephantmen. Now if Ladron would just finish his work on the Hip Flask comics. I could swear we were promised more stuff in 2010 and it never came. Oh well, when it does I'm sure it'll be amazing. 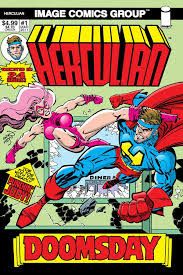 Herculian #1, Page 185, $4.99
Simillar to the Next Issue project in its Golden-Age comic size (a gimmick I'm a sucker for) and some of Erik Larsen's great work from the Popgun anthologies, this should be a fun read. Plus it's got his "24 hour" comic, which if i recall if when someone is given only 24 hours to make a comic for some charity. I can't recall. Anyways, should be fun.

Fall of the Wolfmen Graphic Novel, Page 223, $5.95
I like the publisher Accent UK, they do a great themed anthology every year and occasionally release a good comic like the original "Wolfmen" graphic novel or "Whatever Happened to the World's Fastest Man?" I like the old-fashioned crime-comic feel with the horror elements thrown in, so I anticipate this being great. 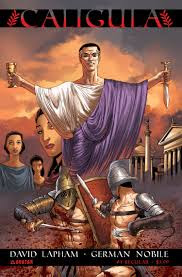 Caligula #1, Page 244, $3.99
I'm a bit on the fence with this. I tend to like David Lapham's writing but found his "Crossed" mini-series "Family Values" to be a bit sub-par--trying to be over-the-top and offensive just for shock's sake. This looks like it may run the same risk, but I can't help but be interested in how Lapham will cover one of the most notorious individuals in history. I'll read reviews and skim it, then go from there. 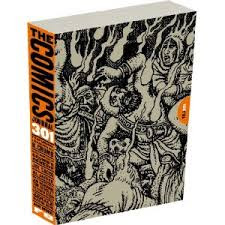 Comics Journal #301, Page 286, $30.00
I haven't really checked the Comics Journal website since the blog Journalista ended (it was a great way to keep up with comics news through its links), but I always enjoyed the magazine when I started reading it--although I only became a regular reader for 8 or so issues as it then went online, I'm not sure if that qualifies as irony, but it is odd. The thing that bugs me is the price tag, 30 smackers? Sure, it is the size of a book, but how many paperback books cost that much? I guess the fact it only comes out once a year makes this doable, as taking the regular cost of the original magazine times its monthly costs comes to much more than 30. You win my money this time, Fantagraphics!
Posted by David Charles Bitterbaum at 10:00 AM