Azrael: Death’s Dark Knight
With the news that Azrael’s ongoing series was going to be canceled I thought it would be nice to take a look back at this Azrael’s first mini-series that led into his ongoing.
This Trade collects the 3 issue mini-series that ran during Battle for the Cowl, Batman Annual 27, and Detective Comics Annual 11—with the last two directly relating to each other as part one and part two of a story.  I found the choice of character for Azrael—Michael Lane—to be a good one as I liked him in the Batman ongoing as the third Batman (the one who sells his soul to save Gotham), and find he makes a compelling character. 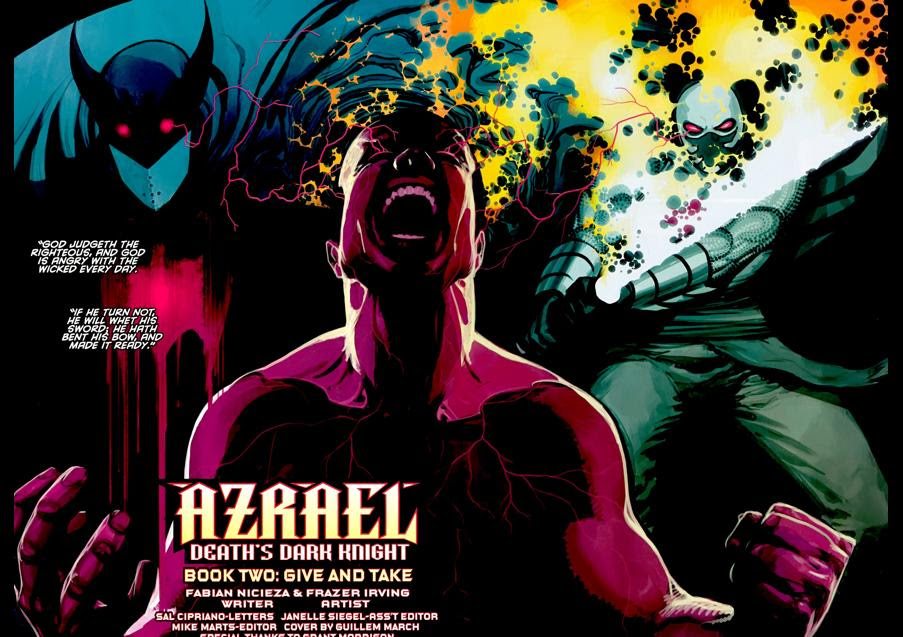 The problem with the 3 issue mini-series is that you really need to have been reading Battle For the Cowl to fully understand what is going on in the story. Seeing as how I didn’t I was a bit confused in parts before checking for answers on the internet. The fact that it isn’t mentioned this relates to closely to Battle for the Cowl is a bit disingenuous on DC comics part. The art by Frazier Irving is great as always, though. The 2nd story, spread out over the two annuals, actually doesn’t have that much of Azrael, focusing instead of Dick Grayson as the new Batman and Damien as the new Robin, with the new Question thrown in for good measure. It’s a good story, it just doesn’t have much of the title character--the main thing linking these issues to Azrael is that the same writer--Fabian Nicieza--wrote those as well as the mini. 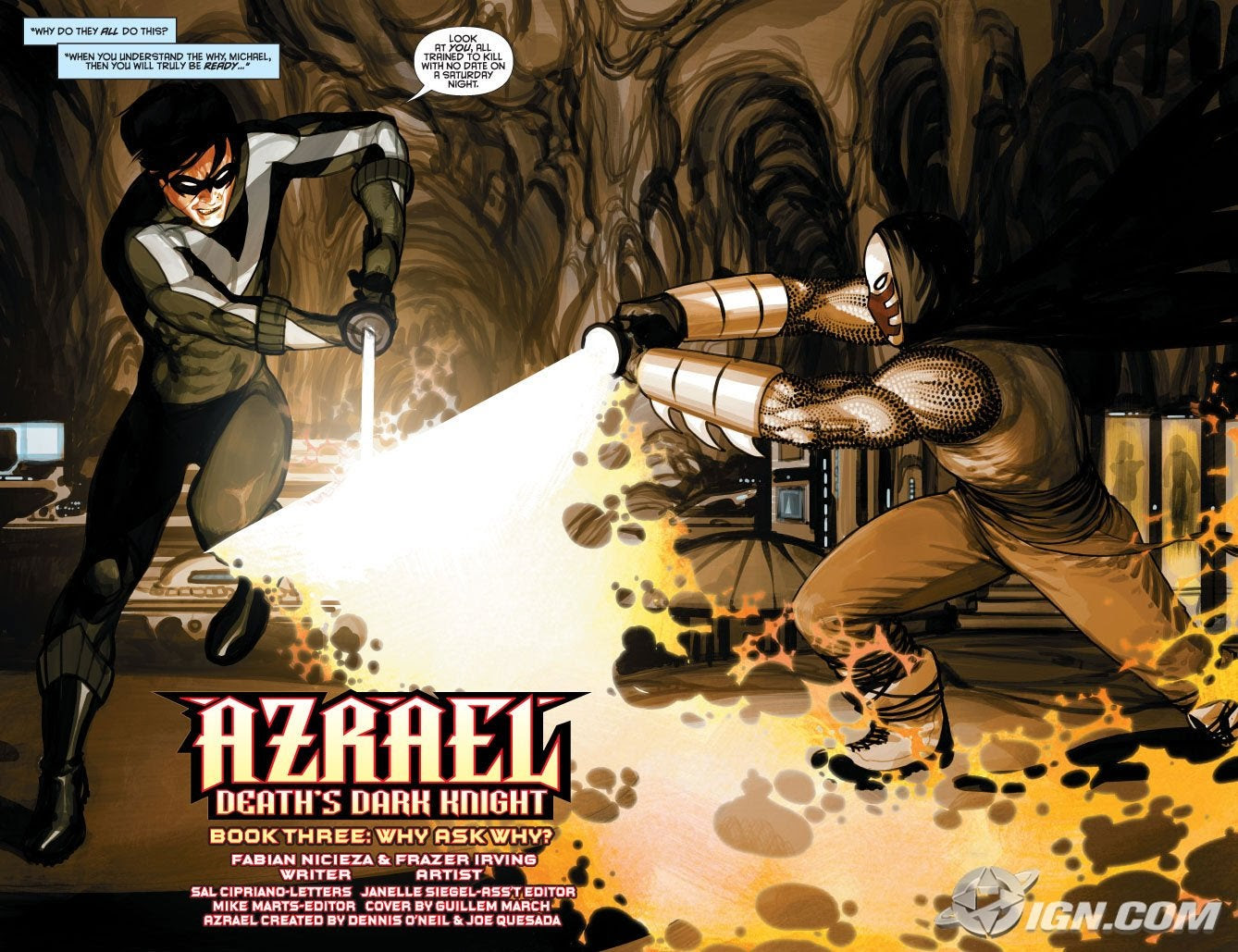 Overall I enjoyed this book enough that I will pick up the first trade of the ongoing that recently came out, “Azrael: Angel in the Dark”. However, if you didn’t read Battle For the Cowl, or Grant Morrison’s run on Batman that introduced Michael Lane, then you will probably be a bit befuddled by the story or just who this new Azrael is.
3 out of 5 stars.
Azrael: Death's Dark Knight

if you want to buy it.
Posted by David Charles Bitterbaum at 10:00 AM