"Westworld," Has Been Canceled, Damn 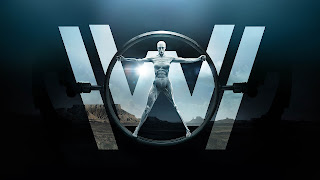 As a number of websites are reporting, HBO's parent company, Warner Brother Discovery, has canceled, "Westworld," and I'm really perturbed. As yet another casualty of the big merger and horrendous management in the form of David Zaslav, the overall plan of having a fifth and final season is now dead. It is a huge disappointment.

Lisa Joy and Jonathan Nolan were thanked profusely in the press release for all their hard work, with HBO gushing, "Over the past four seasons, Lisa and Jonah have taken viewers on a mind-bending odyssey, raising the bar at every step. We are tremendously grateful to them, along with their immensely talented cast, producers, and crew, and all of our partners at Kilter Films, Bad Robot, and Warner Bros. Television. It’s been a thrill to join them on this journey." This is in an announcement about how the whole thing is canceled so it is a weird tonal disconnect. I quite enjoyed the last (and now final) season, but now we'll just have to wonder what could have been. Apparently, the program cost more than Zaslav/the network liked in terms of the viewership it received, so off it goes with all the other stuff WB Discovery cut. The cast still gets paid a chunk of money thanks to their contracts though, even if the show doesn't get made. It's a bummer.