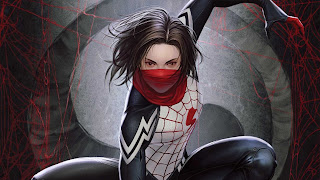 It feels like years ago we heard the character of Cindy Moon AKA Silk would be getting a television show. Silk's whole thing is she was bitten by the same special spider that nipped Peter Paker so she has all kinds of similar powers. There is finally some news as it seems Silk and a bunch of other Sony-controlled Spidey characters will be appearing in, "Silk: Spider Society." It will stream on Amazon Prime (not Disney+ due to the complex agreement between Sony and Disney about Spidey stuff) but will first air on television via something called MGM+.

I honestly had never heard of MGM+ and worried it was yet another streaming service somehow. It is just what, "Epix," is going to be renamed to in the near future, however. Yeah, remember the Epix channel and app that was kind of like a knock-off of other premium cable channels or apps such as HBO/Showtime/Cinemax? It still exists! I mean, for now at least. So, it isn't a new streaming service so much as a rebranded one...yah? 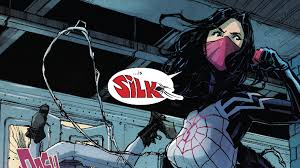 Anyways, Silk and a bunch of characters related to Spider-Man will air on MGM+ and its app before later being available to stream on Amazon Prime and all of this will still ostensibly be linked to other Sony movies but maybe not relate to the Marvel Cinematic Universe unless they sorta do somehow (it continues to be weird). There are plenty of characters with Spider powers (even before you use a Multiverse like the animated movie) so Lord knows Sony has options.

Posted by David Charles Bitterbaum at 10:56 AM