There Are a Lot of, "Spawn," Variant Covers Coming for December 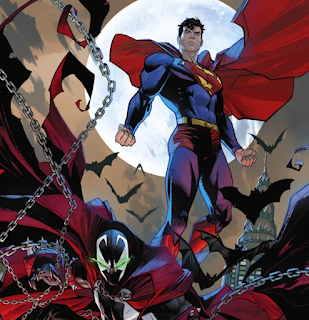 Next month we will get a ton of, "Spawn," variant covers to celebrate the character's 30th anniversary this year of 2022 (yep, 1992 was 30 years ago, which makes me feel old). There will be a lot of variant covers from Image--where Todd McFarlane created Spawn--and a whole bunch from DC. The ones at DC are because there is that big new crossover coming up between Spawn and Batman, so why not have a bunch of covers featuring Spawn with other DC heroes/villains? It is kind of fun, but man, that is a lot of Spawn. 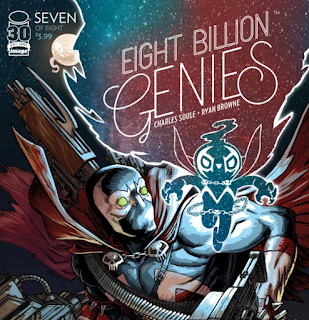 I recently was in a discussion on Reddit with folks when someone posted how they loved the artwork in Spawn comics but found the writing to be painful. I commented that I weirdly enough really like Spawn stories not written by McFarlane. That sounds odd, but I have a fondness for the, "Hellspawn," series Brian Michael Bendis and Steve Niles wrote with Ashley Wood and Ben Templesmith doing the artwork. I also liked the crossover with WildC.A.T.S. that was written by Alan Moore of all people and considered hokey and dumb by some, but I feel it has a silly charm. Again though, when McFarlane himself writes his creation, I tune out any text and simply enjoy the artwork. 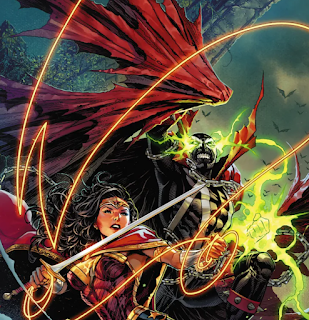 Do we need so many, "Spawn," covers? Probably not. Are some clever and do many of them look quite pretty? Yes, yes they do. These covers are like a lot of, "Spawn," content, frankly. A ton of style and minimal examples of substance. Just enjoy the pretty pictures and move along, in other words.