The Trailer for, "Ms. Marvel," is Now Online 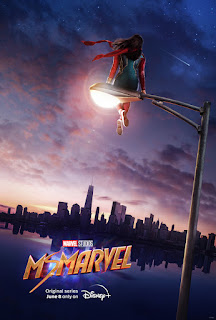 Before too long we will have, "Moon Knight," streaming on Disney+ and I'm obviously really excited for it. That said, a number of other interesting shows are due to launch before too long as well such as Ms. Marvel. We saw some brief teasers of it previously, but now a full trailer has been put online. Give it a gander:

Having watched it I am immediately reminded of other teenager-geared comedies (that were movies instead of television shows, but my point stands) such as, "Mean Girls," and, "The Duff." This is not a bad thing by any means. I think Marvel/Disney can cover a variety of genres and if, "Ms. Marvel," is meant to appeal to younger folks while also entertaining us grown-ups, that's cool! The most important thing is it looks like it'll be entertaining.