The Quad Con in Saint Charles Was Incredibly Fun! 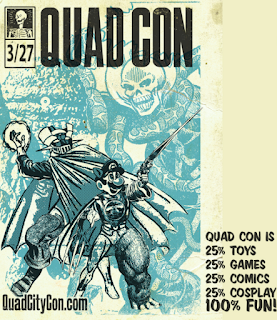 Today I attended the Quad Con at the Olympia Center in Saint Charles. It was a superbly fun experience! I showed up a bit before the show kicked off and talked with a lot of my favorite vendors and good chums. They were all very excited for a good show and the crowd that was eager to enter at opening promised it would be a good time for all: 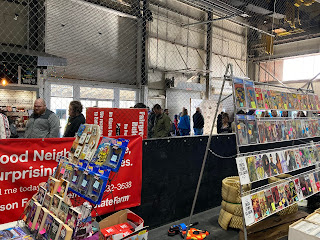 The show was busy but thanks to having a good deal of space it never felt crowded or constrained. I chatted with my friend Spike of Lost in Space Toys and Collectibles as things began and he was fun to see as always. I also greeted the delightful Drew from CoMo Comics. They both were selling some snazzy wares. My chums Eric and Tricia of STL Comics was at the show selling a ton of cool comics and other knick-knacks as well (like some neat vintage video-games). I saw my friend Jack of Fortress Comics too and we discussed how he'll be at the upcoming Big River Comic-Convention in Hannibal in a couple weeks as well. I got some great comics from him and he was kind enough to pose for a photo: 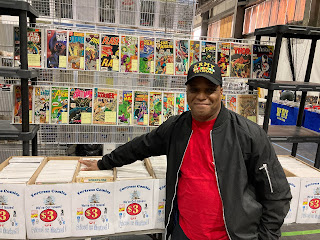 I kept walking through the show seeing lots of neat items from Funko Pops to Lego, cosplay items, and more! I ran into Cathy Jackson, who had been doing well since I saw her at the last show! I spent some time talking with my friend Eric of PJ Comics and Collectibles who was excited to be at Quad Con for the first time as a seller. I looked at the cool works of the founders of Biff Bam Boom Comics and they were really cool to run into again. Bruce Reynolds had really neat books as usual too, he is always fun to see. I saw my friend Brian Lan, who was there promoting the wonderful organization The Hero Initiative. I got some goodies from Jack of Trade Up Comics too and was happy to run into him! He let me snap a pic too: 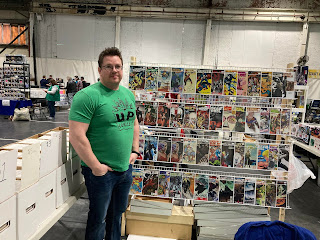 There were so many cool booths and some neat events too. Earlier in the show lightsaber dueling was being shown off and it was neat to see. I was able to get a picture of a duel in progress: 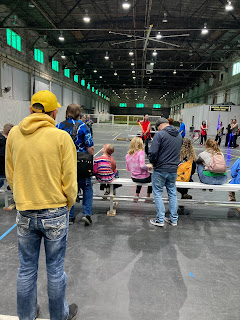 The Quad Con in Saint Charles was--as my title says--incredibly fun! The wide range of vendors had tons of neat stuff, the crowd was chill and lovely, and I'm excited to see the next one is already planned for this coming October 23rd of this year. Here's the flyer about it: 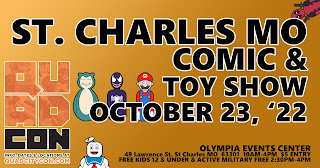 You already know I'm going to want to be there and I'll be covering it!