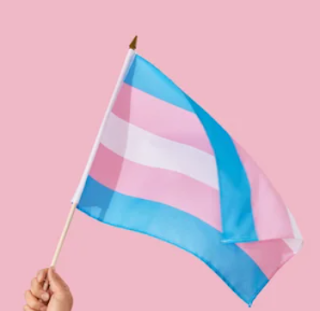 People say to me, "David, you almost always have a strongly-held opinion on most political issues. You don't hesitate to declare your feelings on the latest topic garnering headlines." Then they ask me what I think about one issue or another. Lately, everyone is arguing about transgender athletes and that's become a controversy. I haven't said much yet. Why? I don't even get why some people wanted to make this a controversy. Sports are people playing games. We pay some of these people an absurd amount of money to play these games with skill (look at professional athletes), but at the end of the day, sports are (supposed to) be just a fun thing that some people get way too invested in. If someone identifies as a boy and wants to play with boys in a game, let them, if they identify as a girl and want to play with girls, let them do that too.

People complain about, "Unfair advantages," but I don't see any stereotypical big burly men beating women at sports, I see women who were born as males and have undergone extensive hormones and such to have their body better match their gender identity. One thing that cracks me up is some of the same people complaining about trans athletes bitched and moaned about women getting equal funding for sports in college or such years ago and suddenly are concerned about the,, "Integrity of a sport." Again, it is people playing games, who gives a shit what sex they were born as versus how they now identify as? I just don't get what's controversial about boys and girls or men and women playing games as the gender they feel they are.

I also understand some people don't want to be considered transphobic for being against trans people playing in sports. Hey, at the end of the day you know whether you're transphobic or not. Just be aware the same people who agree with you are the transphobic folks who hate the idea of someone being transgender, period. You maybe are just concerned about sports, but for the transphobes, this is just a first stepping stone for them trying to increase anti-trans laws and give us trans-erasure. I'm not being hyperbolic, just look at efforts to pass laws that basically criminalize parents helping their children live as the gender they want to be or persecute adults who are trans that simply want to use a bathroom. The haters want to get people who aren't transphobic to slowly come to their side with something they think is more likely to garner sympathy for their hateful views.

So, yeah, I'm not saying you being concerned about transgender athletes makes you a transphobic person, but be aware of who else is siding with you when you get angry about transgender athletes. Why you're even angry is what baffles me, however. I'm befuddled because, as I said, we are talking about people playing games as if it's some big deal what genitals/hormones/etc. they have. Let people play games as who they are and then respect them in everyday life as who they are too. It all seems simple to me, yet the angry rhetoric I see from some people makes it clear this is apparently a big ask.