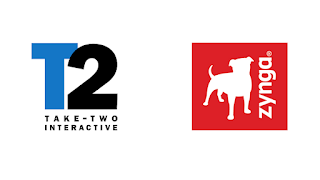 In news that will likely have large ramifications down the road, big ol' game company Take-Two has acquired the mobile game company Zynga. The deal is for 12.7 billion and is the biggest acquisition in video-game history. Take-Two is known for publishing everything from Grand Theft Auto games, to sports titles, "Borderlands," the upcoming, "Marvel's Midnight Suns," and more. Zynga is famous for the once hugely popular, "Farmville," as well as other titles and gambling games that they run outside the United States and which have made them a chunk of money in nations that allow those titles. I have some questions:

My guess for those three, in order, is: 100% yes, maybe, and who knows? Clearly, big PC and console gaming companies have ideas for mobile gaming, something that seems to wax and wane as a trend (mobile gamers often seem to be their own kind of gamer compared to consoles and PCs, but there is a degree of crossover). Right now money is merely exchanging hands, but before long I'm sure big moves will be made. Down the road, this could be looked at as something major that marked the beginning of a seismic shift in mobile gaming. That, or it could all fall flat on its face and seem like a huge waste of billions. The fun part is waiting and seeing!