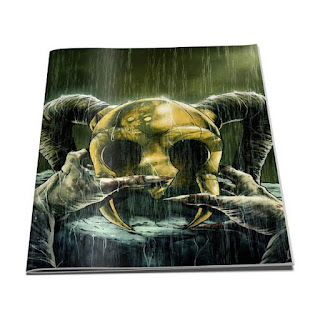 Blue Fox Publishing consistently puts out great horror-influenced comics. With the second issue of, "Clodagh," they continue that trend! After a solid first issue that sets up the story of an evil witch stealing the child (named Aine) of a woman named Clodagh and a man named Fillin to give chase. This issue follows Fillin as he faces various challenges in pursuit of the witch and Clodagh as she prepares to join in the search for Aine.

There are all kinds of creepy and hideous creatures under the influence of the witch and Willi Roberts illustrates and colors them with skill. The comic's writer, Simon Birks, gives everything a suitably eerie tone as well, with various supernatural occurrences building us readers unease throughout this issue. 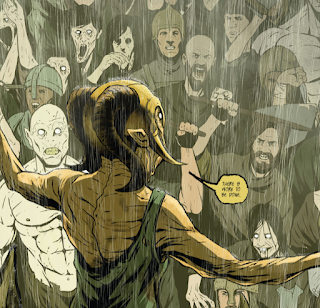 I quite enjoyed the second issue of, "Clodagh," and would encourage folks to watch for when its Kickstarter campaign starts in February (which will bring opportunities to read the first issue as well so you can enjoy the whole story). Now, we just need to await issue #3 to resolve some cliffhangers at the end of this issue!