"Far Cry 6," Has Guapo the Crocodile, and I Appreciate That 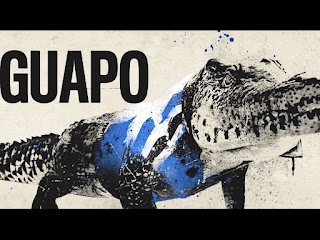 "Far Cry 6," is basically more, "Far Cry," with the addition of a fantastic actor as the big baddie--Giancarlo Esposito. Besides that, you fight an evil force that is in power, hunt some animals, fiddle with your weapons & such at workbenches, and drive around. I was playing it and found myself relatively unimpressed by the samey style until quite early in the game I met my first--and the best--animal companion, Guapo.

Guapo is the pet crocodile of another character you recruit to the rebel cause and he is as adorable as he is deadly. He has a gold tooth, a snazzy windbreaker, and a lot of energy regardless of his cold blood. Guapo will follow you around and sic any enemy troops you point him at. He also will let you pet him and when you give him some affection he hisses with glee. Guapo is a treat and made me want to play, "Far Cry 6," longer than just a smidgen of time. I still didn't play the game a ton ("Far Cry," games have gotten pretty samey over time), but I played it a lot more than I would have without Guapo. We all love Guapo, we are him and he is us. 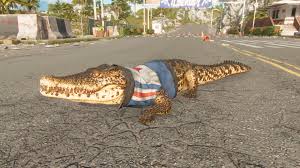 Guapo needs a spin-off. If they make, "Far Cry: Guapo," it will sell so many copies and be the game of the year. Heck, give him a prequel movie too. Guapo is amazing and our World is richer for having him in it.