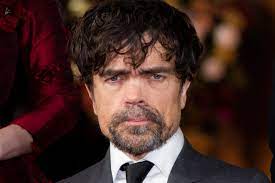 I like Peter Dinklage. He's been in a lot of great movies and folks loved him in, "Game of Thrones," which I did not watch but heard was good (I prefer sci-fi to fantasy, as everyone knows). Dinklage has a form of dwarfism and has been an advocate for the fair and nonstereotypical treatment of little people. While recently promoting a new flick he's in, "Cyrano," he discussed how Disney is going to be making a new live-action, "Snow White and the Seven Dwarves," and how he has concerns.

During a podcast--Marc Maron's WTF-- Dinlage pointed out that Disney is proud of how they're being progressive with the casting of a Latina as Snow White (Rachel Zegler) but a problem remains. He stated “You’re progressive in one way but you’re still making that fucking backward story of seven dwarfs living in the cave. What the fuck are you doing, man? Have I done nothing to advance the cause from my soapbox? I guess I’m not loud enough. They were so proud of that, and all love and respect to the actress and the people who thought they were doing the right thing, but I’m just like ... what are you doing?” 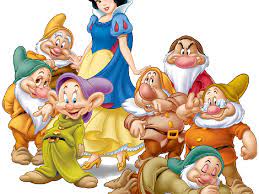 I mean, Peter Dinklage has a bit of a point. We need to look at the old versions of, "Snow White and Seven Dwarves," as products of their time, but some stuff just doesn't translate that well into the modern-day without a lot of changes--if at all. I've seen suggestions that if the dwarves are portrayed as a fantasy race as opposed to people with dwarfism it might be okay, and I have no clue how accurate or inaccurate that is, I've just seen it suggested. There are people saying Dinklage is being too sensitive or, "Woke," as if that were a negative thing, but I do see his concern. I'm not sure what the solution is, the whole thing is messy.

This isn't a case where you can cut one problematic element from a story (get rid of the, "Red Man," song in, "Peter Pan," or the racist crows in a remake of, "Dumbo," to give two big examples), the problematic element is the story. I'm not sure what the answer is here, but I imagine something's gotta give. For what it is worth, Disney responded to him with a short statement that they've been, "Consulting with members of the dwarfism community." What exactly that means is unclear, but again, something's gotta give.

Posted by David Charles Bitterbaum at 9:38 AM