Spotify is Having a Bad Couple of Weeks, Eh? 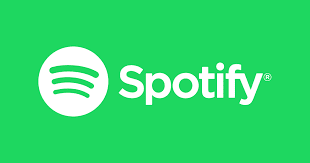 I enjoy Spotify. I don't use it for too many podcasts besides some comic-book-themed ones and the stellar horror movie podcast, The Carpenter Rants. I use it a ton for music, however. I still love cassettes, vinyl and CDs, but I find Spotify handy for finding random artists and songs I would not otherwise know of thanks to it finding stuff it thinks I'd enjoy after examining the utterly random tastes. I personally am not mad at Spotify, but a lot of people are and it has had a rough couple of weeks as a result.

Joe Rogan is one of the most popular podcast hosts around. I have not ever listened to him for an extended period of time so I don't really have an opinion about him beyond hearing from folks who really like him he's great and folks who really hate him he's terrible. From some clips I've heard he has said some stuff about COVID-19 and vaccines that come across a bit tone-deaf and incorrect without being absolutely abhorrent--walking a fine line, in other words. A number of people do not like Joe Rogan potentially spreading misinformation in their views and want Spotify to quit carrying him. The thing is, Spotify paid a ton of money for him and he continues to get something like 11 million listeners a show. They don't want to lose all that money.

Some big names have told Spotify they don't want to be associated with it if they continue to support Rogan in any way, shape, or form, however. Therefore, Neil Young had his music pulled from the platform and Joni Mitchell is following suit. I like Neil Young, he's made some great songs, has a wicked sense of humor ("This Note's For You," is a hoot), and put his money where his mouth was getting his stuff taken off Spotify. He and the talented Ms. Mitchell are following their ideals and that deserves respect. It sure doesn't help Spotify though.

I don't have much interest in Joe Rogan so I don't listen to him. I feel those who don't want to listen to him can do so as well and those who enjoy his podcast can. If Neil Young doesn't like that he has every right to not associate with a platform that hosts Rogan. Joni Mitchell can pull her music along with other possible musicians who may follow suit. I think everyone is doing what they feel is best and I don't feel a need for us to boycott Spotify, boycott Young/Mitchell, or whatever. I just can see that Spotify is really not having a good time with this and imagine they wish all this controversy would go away (it isn't anytime soon).

Listen to Rogan if you want and listen to Young if you want, Spotify is a private business and can do what they want so anyone complaining about freedom of speech is missing the point as once you're on Spotify you're doing everything according to their rules. How they want to enforce or not enforce those rules is what has given them this PR headache and how will end is anyone's guess.