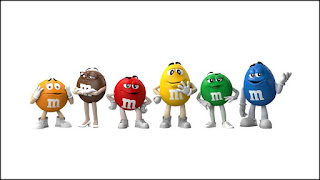 Mars Inc. announced they were tweaking the designs and attitudes of their M&M candies. People went absolutely berserk at this news. The fact that the green M&M was going to be less sexualized, the red M&M would be less mean, and other changes would occur led to more tweets and news stories than I would have expected. The thing is, I am pretty sure Mars knew they would get a ton of press and I--along with some others--think this is a ploy to get attention.

Maybe Mars genuinely wants to be more inclusive as they say, but I think they just wanted clicks and to cause a hubbub. Why we care what an advertisement for candy looks like is beyond me (some people really do want to bang that M&M though). I myself think people who are outraged that Mars is trying to be, "Woke," as well as people angered that it is an, "Empty gesture," are missing the point. The point is Mars wanted to troll us all and get attention. Mission accomplished. Snickers are the best Mars Inc. candy anyways.

Posted by David Charles Bitterbaum at 10:28 AM