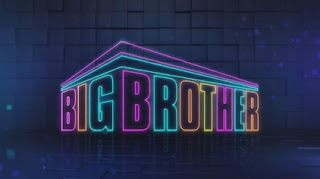 I love the reality show, "Big Brother." It takes a group of strangers, throws them in a house, and makes them complete for powers and vote each other out week by week until two people are left and a number of the evicted houseguests pick the winner. I've written about basically every season of the show since I started watching it. "Big Brother," has its latest season airing right now with it down to the final six. Last year things were incredibly different as there was no live audience on eviction nights and it was all former players AKA, "All-stars." We still have the setup where evicted houseguests only chat with Julie Chen Moonves (she started verbally adding the Moonves to her name on the show as a subtle form of protest after her husband was fired from CBS for being a sexual predator, but I digress), but this season it is all new faces.

CBS stated a bit ago it would try to have a lot more diversity on its reality shows and this season of, "Big Brother," did make good on that. It wasn't a bunch of white straight people. This season has multiple folks of different ethnicities, sexualities, and religions. This inadvertently led to the creation of one of the strongest and most successful alliances ever, The Cookout. The six black players in this season started talking on the first day in the, "Big Brother," house about how a black person has never won the show. They observed black players tend to go home early. They agreed to form an alliance they dubbed, "The Cookout," and would move in secret to evict everyone else until it was just the six. They had a person outside the alliance they worked with as a decoy and who they could always sit up against on eviction night if needed with them staying and their faux-partner going home. Few alliances last all the way to their set endpoint, but the Cookout actually just succeeded and the last six people in the house all are/were members of The Cookout. The internet has obviously had opinions on this. 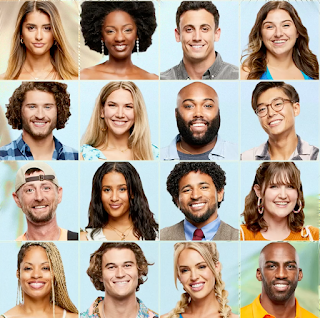 Some people have complained The Cookout is racist. They say the whole point was the black people teamed up to get anyone who wasn't black out. White players who were evicted (such as Christian) have outright said they don't think it was racist and they respect the alliance working so hard and succeeding. Many people have bitched, "If there were an all-white alliance it would be an issue," while ignoring there have by sheer chance been a ton of alliances in the past on the show that were all-white seeing as how--as I mentioned--minority individuals often went home early in past seasons of Big Brother with very few individuals who weren't white winning. I don't think The Cookout is racist but I do think an alliance like this can never work again on, "Big Brother," as now future players will have The Cookout's historic steamrolling of other players in their books of, "Greatest alliances ever."

Now that we are down to the final six there is again a sense of danger in the house as The Cookout now are forced to turn upon each other and make new deals with one another. Even when The Cookout was succeeding at whittling down the house it was still fun to watch and impressive to witness this diverse group of individuals (yes, I said diverse because even if they are, "All black," they are all still very different people) unite and see a complex plan come to fruition. For my money, I think Xavier is going to get the $750,000 (they increased the prize this year). He's won a number of competitions (physical and mental), has kept the fact he's a skilled lawyer a secret, and he's hilarious in the diary room sessions so I also just want him to win because I like him a lot. With only six houseguests left, there won't be too much more time until a winner is crowned!