"Montero," is a Fantastic Debut LP by Lil Nas X 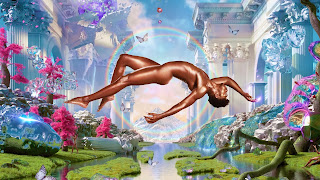 It feels odd to think, "Montero," is the first album from Lil Nas X considering he exploded onto the scene in 2019 (which feels like a decade ago) with, "Old Town Road," and proceeded to have some smaller hits before coming roaring back this year. Thanks to absolute bangers such as, "Montero (Call Me by Your Name)," and, "Industry Baby," Lil Nas X is on all our minds. Those wild tracks make up a banging first half of his LP while the latter half has a much more introspective and at times concerned/sad tone, as other reviewers have observed. Lil Nas X does a bit of a victory lap for all his immense success at first and then gets serious, talking about how hard it was being in the closet for years, what it is like being a black and gay man who is out and unafraid of haters today, it's deep stuff that folk wouldn't necessarily expect from the same guy who made the jokey, "Old Town Road." Note that is it absent from this album.

Besides the stellar lyricism, the album has some great beats and melodies that really dig into your ear--happy or more melancholy. My favorite tracks are tonally polar opposites, the aforementioned, "Industry Baby," and, "Sun Goes Down," where Lil Nas X sings quite well along with his raps. Was I to have a complaint about the LP, it does have some songs that are a bit of a snooze. I've seen praise for, "Scoop," where Lil Nas X and Doja Cat discuss a workout routine, but I found it drab (a surprise as usually Doja Cat brings a lot of energy to a track). "Void," also is the longest song on the album and maybe could have been trimmed down a bit. Still, it's all-around a fantastic LP and seems less like a debut than the work of an artist who has been doing this for years thanks to how self-assured and confident the whole thing feels. Definitely worth a listen.