"Brick by Brick," is a Fantastic and Hilarious Comic About Bricks, of All Things 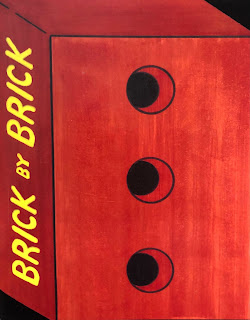 Dave Craig is a comic creator who reached out to me and inquired if I'd like to review his latest comic publication, "Brick by Brick." The comics are all about bricks, believe it or not. My interest was piqued so I said I would indeed love to read his comic. Having now checked-out, "Brick by Brick," I can say it is extremely clever and often hilarious thanks to all the creative concepts Craig puts his bricks through.

"Brick by Brick," features an assortment of one-page strips as well as some that are a little more in-depth and use multiple pages to get the story across. You wouldn't think so many clever puns or stories could be told with bricks, but Craig is extremely innovative in the strips he crafts. Whether it is a brick hitching a ride to, "Work," in a wheelbarrow or making its own creative pumpkin carving, each strip is clever and will most likely put a smile on your face or make you outright laugh. 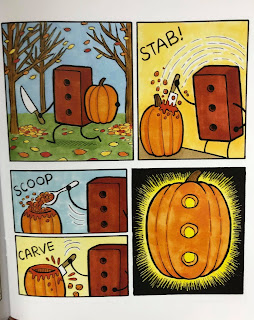 One reason everything works so well would be Craig's stellar artwork. His bricks look like real bricks that just happen to have some appendages, and this results in a mental, "Conflict," of sorts where these normal appearing bricks do all kinds of outlandish things, with the dichotomy between realistic and cartoonish being a big reason the comic catches a reader's eye. With the delightful storytelling and superb artwork, "Brick by Brick," is just plain fun to read!

I am so happy that Dave Craig reached out to me about reviewing his comic and would encourage you to check out his website, Instagram, and Twitter to see his works. "Brick by Brick," can be bought at his website as well should you want a copy. I can't wait to see what kinds of adventures Craig's bricks go on next in future works!