Influencers/Bloggers/etc. Always Need to Sign a Contract When Promoting a Product 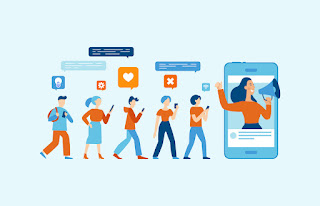 If you have a blog (like me) or are a social media influencer (I'm not, but I know some people who are), you probably get solicited to promote a product or service sometimes. I've never been paid to promote a product, but if I were I'd obviously disclose it (I have signed contracts for my writing though, in case you wondered). One reason requests to promote a product or service have never gone anywhere is I am tentatively offered money but there is no contract or anything. Plus, usually whatever I'm asked to promote doesn't even make sense with my blog so why bother? For real though, if you don't sign an actual contract that you should probably have a lawyer check out too, you really shouldn't be cutting deals to talk about a product on your Instagram/Tiktok/blog/so forth.

This article by Tanya Chen (and this one that the first link references also by Chen) tell the story of influencers struggling to get paid by Ooh! Companion, which is, "...an Australian-based sex toy company that was founded just a year ago, and much of its visibility and success has been thanks to its Instagram marketing." Basically, they sold influencers a line about female empowerment and shame-free sex toys, agreed to work together via DMs and handshake agreements instead of signing on a dotted line, and then it took months and threats of going public about being shortchanged for any influencers to get paid. Ooh! Companion wanted the clout of influencers recommending their toys without actually paying to get the promotion, and they surely aren't the only company to try that kind of trick.

If you're going to publically promote a product and lend your fame/readership/whatever to an item you damn well better be sure you're going to get paid; the way to assure that is to have an ironclad contract that protects you if anything goes wrong and you have to sue. Now then, I would like to take this time to promote a new brand that reached out to me and promised a platter of lukewarm chicken wings would be mailed to my address if I talked them up--"Dog Whiskey." It's like regular whiskey, but for your dog so they can get drunk and throw up too! "Dog Whiskey: It'll Send Rover Right Over!"