Marvel is Really Going Hard on All This Knull Stuff 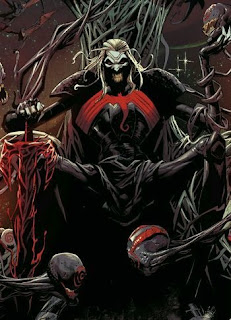 Donny Cates introduced the character Knull in his current, "Venom," run. He is a God of symbiotes, evil, and has a somewhat interesting character design. He's...fine. Since then there has been a slow build-up to present him as some huge evil that is terrifying and threatens the World at a cosmic-level. I don't hate Knull, but I'm not sure he is interesting enough to keep dedicating more and more comics too as well as an upcoming mega-event titled, "King in Black." Almost every Marvel book seems like it will directly tie-in with, "King in Black," or have an extra one-shot issue that does relate to it while sparing the regular series a tie-in.

It feels like not a day goes by without a new Knull-related book and today another one, "Planet of the Symbiotes," #1 was announced. It ties in past symbiotes and that, "Ravencroft," series that had Carnage's grandfather or such involved in it. Basically, if you have a Marvel comic it will somehow integrate Knull. I'm not upset or ecstatic. I will probably read the main, "King in Black," event comic because Donny Cates run on, "Venom," has been solid even with its at times heavy focus on Knull and it'll have Ryan Stegman on the art (who has been great illustrating, "Venom," as well). I will also read the, "King in Black," comics and one-shots that directly relate to series I'm already enjoying such as, "Immortal Hulk." 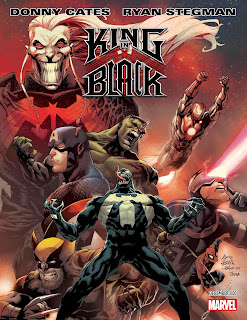 I ain't gonna be trying to pick-up all these random tie-ins however because the days of me being a completionist for event comics are long gone. The only Marvel titles I'm picking up basically every issue of are the current X-Men titles because the reboot has been pretty rad, and even this big multi-issue, "X of Swords," thing is a bit much. I don't need that and a metric ton of Knull comics when I am so indifferent to the character. That's how I feel about all this, at least.