"The Last of Us Part II," Sounds Too Depressing For Me Right Now 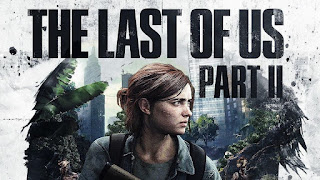 "The Last of Us Part II," is a game that looks like a gorgeous and engaging follow-up to the first game--which I loved. I have zero desire to play it. Now, there has been some stupid controversy over how it features LGBTQ+ themes with main character Ellie engaging in a relationship with a woman, and there also apparently being an openly transgender character. This has resulted in some morons trying to review-bomb the game. I'm actually happy the game features a diverse cast, so that has nothing to do with me lacking a desire to play it. Basically, life lately has been hard with a lot of personal pain in the past six months. Plus, the stress of COVID-19 piled on losing a pregnancy and loved ones and depressing movies or games have appealed to me a degree less. Pretty much any news I see about ,"The Last of Us Part II," discusses it being relentlessly dark, dreary, and harsh.

"The Last of Us Part II," is a game that I did look-up some spoilers for after seeing some writing about how miserable the plot gets with lots of death, sadness, and brutality. I also read some spoiler-free or spoiler-light reviews such as one by Riley MacLeod of Kotaku that observed the game makes players feel, "Like shit." Polygon's Maddy Myers covered how the game has players engage in horrific brutality while basically remarking over their shoulder, "Look how bad you are, you should be upset." Folk say the story is interesting and the graphics are amazing, but everyone also adds that you'll feel like you took an emotional gut-punch when you play, "The Last of Us Part II."
I, at times, struggled with the first game's bleak outlook and that was before everything we've been through lately. When I hear how this sequel just piles on players more harsh and upsetting content, it just makes me think that, "The Last of Us Part II," is too depressing a game for me right now. With all the stuff my loved ones and I am going through, things that provide a fun escape are more what I'm after. I need trashy reality television and games that are more silly and fun. At this moment I don't need something as heavy as, "The Last of Us Part II," but when the time comes I feel I'm emotionally ready for a game with such themes, I'll surely give it a try. Just not right now.
Posted by David Charles Bitterbaum at 8:02 PM

Email ThisBlogThis!Share to TwitterShare to FacebookShare to Pinterest
Labels: Coronavirus, LGBTQ, news, Sexuality, The Last of Us, The Last of Us Part II, transgender, video-games