We Can't Ignore a Painful Past/HBO Max Pulls, "Gone With the Wind," Temporarily 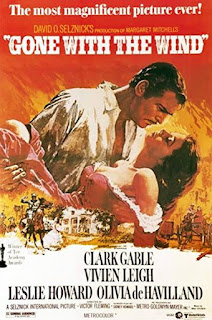 The past can at times be a painful thing. Movies and television shows with content were made that contain depictions of women or other races that were offensive then and continue to be offensive now. This leads to a big argument between those who want those past portrayals put away as they sting so badly and others who think past media needs to be available so we can see how far we have come and put the old movies and shows in context. I bring this up because, "HBO Max," has temporarily pulled, "Gone From the Wind," from its streaming platform due to how it romanticizes slavery, the Civil War, and is quite racist in its portrayal of Black people.

I disagree with pulling, "Gone With the Wind." but agree with HBO Max saying they do plan to bring it back with disclaimers or additional material to put things in context/explain them. I think the best way to reckon with our painful past is to shine a bright light on all the things that embarrass us, not to lock them away. "The Birth of a Nation," is one of the first major films in American history and it is one big piece of racism that glorifies the Klu Klux Klan. Trying to pretend it didn't exist is silly, however. We need to acknowledge things from our Nation that hurt in order to heal. If you have a big gaping wound on your body you can't simply say, "I'd rather ignore this ." You need to acknowledge the pain and hurt, then dress your wounds so they can heal. 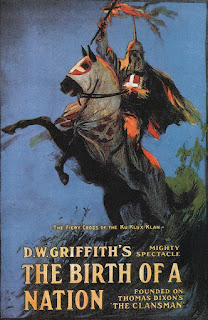 One good example of how to reckon with the past lies with Looney Tunes. Some of their past cartoons are horrifically offensive, but they added a disclaimer and even had Whoppi Goldberg (herself a historian and collector of racist artifacts) deliver a message at the start explaining the racist caricatures within the cartoons and how they were products of their time--but how that doesn't excuse them, just puts them in context. After all, denying history would be foolish. It is a bit like how I think we should take Confederate monuments down from places where they are glorified, but not just throw them away. We should put them in a museum where they can be studied with explanation and context.

America is currently experiencing a reckoning for its treatment of Black citizens from the police to political systems full of institutionalized racism. All of this comes from our country's painful and racist past--a past which some would rather ignore like that injury they'd prefer just go away without attention. We are seeing in real-time what happens when you don't acknowledge a problem, however, it just grows in severity and eventually explodes in a manner that can't be ignored; the fact is never should've been ignored in the first place is a given. 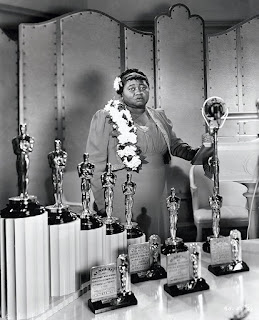 I hope when HBO Max adds, "Gone with the Wind," back to its library the movie is unedited and still contains everything that is offensive. I also hope there are plenty of resources that explain and address these unfair and unjust elements. For example, the fact that Hattie McDaniel was the first person Black person to ever win an Oscar for her portrayal of, "Mammy," but she had to sit separately from the rest of the cast at the Hotel where the ceremony was held (the hotel didn't even let Black people in, generally) is one prime example of a great achievement that was tempered by the segregation and prejudices of the time. Let's not erase the past or glorify it. Instead, we must examine it critically and honestly, or else we as a Country never will heal.
Posted by David Charles Bitterbaum at 2:05 PM