June 2020 News and Links for This Hot and Humid Summer

We're All Hot and Tired
I'm physically and emotionally exhausted this June, and one thing I like to do when I need a break is read the good ol' internet. With that in mind, I have some interesting news and links to share. It's a good way to beat the heat and humidity when we can curl-up with some neat articles.

Commence the New and Links! 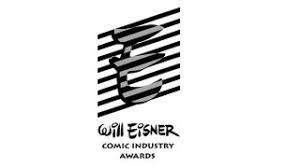 The 2020 Eisners had some really questionable voting issues so they shut it down and are going to do the whole thing over again. I applaud them for doing this, but it obviously shouldn't have happened in the first place.

Currently, in the realm of both comics and video-games, there are a lot of people being revealed as harassers and predators. Polygon's Charlie Hall has a good piece providing quite a wide-ranging overview which has also been updated as necessary.

Because 2020 couldn't get any more insane, we have a massive dust cloud from the Sahara currently coating North America and giving everyone respiratory problems. At least it makes for beautiful sunrises and sunsets, right? 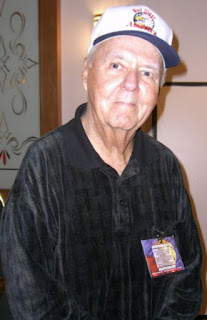 Another creator great sadly has passed. Joe Sinnott passed at the age of 93 and has far too long a history in the realm of comics for me to even begin to summarize.

Trump and his cronies like to complain everyone is too sensitive, but then they go and hop-on their own social media app called, "Parler," which is as miserable and nasty as you'd expect. They always end up back on Twitter, or else they wouldn't be able to complain about how they feel Twitter persecuted them for inciting violence and lying.

DC offering a 1:450 ratio variant cover for, "The Three Jokers," is just silly. Stores will have to order 450 copies to get one of that cover, making it something only massive retailers will bother with and then have to sell at a big mark-up to cover all the issues they may be unable to sell. 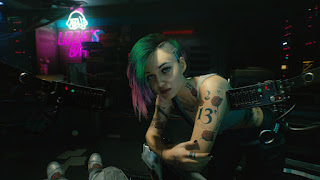 "Cyberpunk 2077," continues to look quite interesting, especially as multiple gaming and entertainment sites have had a chance to play it some. It got delayed a bit more from September into November to make sure its polished, so here's hoping it is a snazzy as we hope.

Shigeichi Negishi arguably invented Karaoke and is still alive at 95 and has his original, working model he can show-off. As someone who has enjoyed making a fool of himself singing "Superfreak," on stage for a mildly amused crowd I owe him thanks for the good times.

Finally, due to the fact he wants to undo everything Obama accomplished, Trump is trying yet again to undo the Affordable Care Act, also known as, "Obamacare." You'd think the multiple times he's failed before would convince him to stop acting like a moron, but this is Trump we are talking about, all he can do is act stupid.

Stay Cool and Relax
Throughout this Summer heat make sure you work to just stay cool and get some relaxing in. 2020 is basically halfway done, and even though it feels like the longest year ever, we've got this. At least, I keep hoping we do.
Posted by David Charles Bitterbaum at 11:10 AM