Separating the Author From Their Work and J.K Rowling 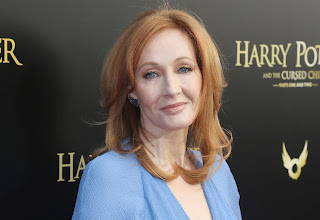 Well, J.K. Rowling has really made a mess of things, hasn't she? Over the past number of months, Rowling has slowly revealed herself to be quite anti-Trans and basically a TERF. TERF stands for Trans-Exclusionary Radical Feminist. It is women who you would think of as quite liberal and pro-lady, but they absolutely are against Transmen and Transwomen, sounding a lot like alt-right conservatives when discussing them. It is a big ol' chunk of cognitive dissonance, I'd say. Well, Rowling has been tweeting and writing horribly vicious blog posts about Trans people. It is making fans of the, "Harry Potter," franchise feel pretty let-down by their hero. Herein lies where we debate the author, their work, and when to separate one from the other.

I am a big fan of Grant Morrison's writing. Morrison is a staunch vegetarian and opposed to animal testing under any circumstances. These are themes he's explored in a variety of his works and they've not come up in other creations as well. I disagree with him on these issues as I enjoy meat and feel animal testing can be necessary for life-saving drugs. There are times you can separate him from his work, and times you can't as easily. Overall I agreed with Morrison on a number of things, so our differences don't bug me as us. For a starker example, some folk love the works of Orson Scott Card. Card is horrendously homophobic, but it is not readily evident in his works. This results in some people being able to separate him from his works, and others struggling to do so and avoiding it. 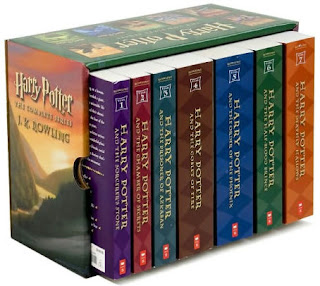 These are recent examples, but just look at that past troubling master of terror, H.P. Lovecraft and how terribly racist, antisemitic, and generally hateful he was. There have been many works that actually address and reckon with Lovecraft's complex legacy such as the novel that will soon be a television series, "Lovecraft Country." It features intricate writings about terror and the impacts of racism Lovecraft would never be able to do. Back in the modern-day, we are clearly at the point with Rowling where a lot of the fans of her work will be discovering they are not a fan of Rowling, herself.

Millions of people are at a crossroads where they have to decide whether they can separate Rowling from her, "Harry Potter," creations, or can't. There is no right or wrong answer as it is a personal choice. I myself don't really have a dog in this fight--I only ever watched the first movie and could barely finish the fourth book due to it being dull, looked at how massive the fifth one was, and said, "Screw it." While I may not be as committed to Harry Potter and his wizarding World, many adore it, and they have my sympathies while they struggle to separate Rowling from her work. If they can, that's great, if they too just say, "Screw it," and quit being fans, that is alright as well. I've had some creators I follow who I agree with on almost everything and others where I at times need to separate them from their works (as well as ones that clearly was impossible to do so). Transwomen are Women and Transmen are Men. Rowling is just too ignorant to realize this. At least Harry Potter himself, Daniel Radcliffe, knows what's up--that's an encouraging note to end on.