Three Topics I Maybe Should Keep My Mouth Shut About, But... 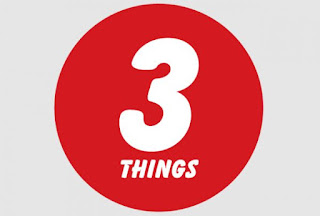 If you've read my blog for any length of time, you know I generally can't keep my mouth shut and want to offer an opinion--hopefully a well-informed one. Well, three topics seem to be in discussion as of late that maybe I should keep my mouth shut about and leave well enough alone, but...well, here we go.

1. Black Lightning and the Outsiders 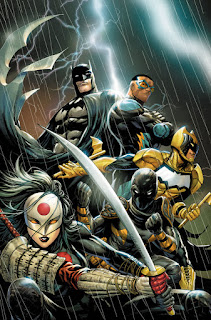 The creator of Black Lightning, Tony Isabella, has expressed publicly (e.g. Facebook, Twitter, etc.) he is not a fan of how the character is now being utilized in the series, "Batman and the Outsiders," where Batman asks Black Lightning to run a super-hero team. Isabella feels this diminishes the character to being a, "Support negro," for Batman and otherwise is against this comic. Isabella created Black Lightning so his opinion is indeed an important one, but that said the creative team on the comic--Bryan Edward Hill as well as Dexter Soy--are both incredibly talented creators, and Hill is in fact a Black Man himself and Soy is of Asian descent. I don't think they would work on a book that involves a minority character serving as subservient to a White man--Batman or anyone else.

Both Isabella and Hill are friends of mine (as in we've spoken online and follow each other on social media) so I refuse to choose a, "Side," in this matter and simply will say if Hill is making such as incredible comics as, "American Carnage," which deals heavily with race and politics, I think he'll do a stellar job writing a comic with Black Lightning just as Isabella as the creator can state if he does not like such a comic occurring. 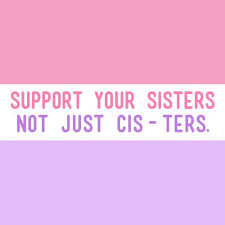 This article about how some far-left Feminists have found an, "Unholy union," with far-right conservatives in their anti-Trans sentiment is both depressing and not surprising. Feminism and the LGBTQ movement has always seemed to struggle with often being about more than the L(esbian) and G(ay) with less effort spent in making sure to include Bi and Trans voices (with the addition of Q AKA Queer and/or Questioning being a newer addition to the term and carrying with it further complexity). I find an immense irony in Trans-exclusionary radical Feminists, or TERFs, partnering with groups that would rob women of their right to abortion, right to same-sex marriage, or otherwise refuse to ever listen to them were it not for a strangely shared anti-Trans view. I am not a Woman or Trans, but I 100% feel that Trans Women are Women. From the first time I read an article for a sexuality class about the (now-defunct) Michigan's Womyn's festival excluding Trans-Women I knew that was wrong.

Again, I am not Trans, a Woman, or attracted to the same Sex. I am however a staunch ally of the LGBTQ movement and everyone who is a member of it. The idea that Trans-Women and Trans-Men could face rejection and scorn from others in regards to their gender when those insulting them have experienced immense discrimination and judgement for their sexuality is just mind-boggling and upsetting. I can say without a doubt I fully disagree with anyone who is anti-Trans, be they Gay or Straight.

3. Marvel's Queerbaiting for Their Movies is Extremely Tacky
While we're on the subject of LGBTQ representation let's discuss Queerbaiting and how Marvel's engaging in doing it which is super tacky, cynical, and calculated. Queerbaiting is when a movie/show/book/etc. hint that a character (or characters) might be gay or engage in a same-sex relationship in order to draw-in LGBTQ fans. Its a ploy and oftentimes these hints are not even followed-up upon or evident in the text (e.g. claiming Dumbledore is gay as some grand gesture to fans without it being evident anywhere in, "Harry Potter," he could be). Now, we have the Russo brothers who directed the most recent, "Avengers," films stating how one already-introduced Marvel Cinematic Universe character is, "Canonically Gay," and saying how we'll find out eventually whom it is.

Hyping-up the reveal a character is Gay as if it were some exciting special effect as opposed to just simply an aspect of full-developed and interesting character is contemptuous of so many LGBTQ fans of Marvel who would appreciate actual representation. As fun as the Marvel movies can be they aren't exactly progressive (it took plenty to get one with a Black Male as a lead and over twenty to get one with a Female lead) and while they might be trying, its better to just admit you're working at inclusion instead of treating gayness as some kind of selling-point for a future movie--one is working towards Queer representation and the other is flagrant Queerbaiting. 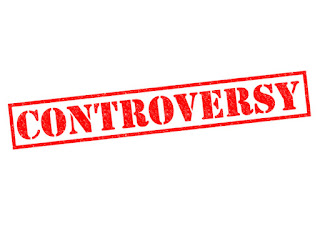 There we go. I have commented on some controversial things. Sometimes it is easier to write about stuff everyone agrees on--e.g. how Steve Harvey is a terrible person or, "Glee," never achieved its full potential due to Rachel Berry being an awful character (no shade at Lea Michele, she's fine)--but even if I should've maybe kept my mouth shut about the three subjects I discussed...I didn't, because if there is one thing you can count on with this blog, I'm gonna speak my mind, and hopefully sound more educated than ignorant when I do so!
Posted by David Charles Bitterbaum at 5:27 PM