One Sentence Summaries Rises From the Grave!

Been Long Time
It's been a while since I did my, "One Sentence Summary," segment I sometimes engage in--even longer since I did it about comics specifically. Let's rectify that with a post that is sure to be as funny as it is informative (in other words, lacking both of those features)! Here we go...

Immortal Hulk #17
Al Ewing and Joe Bennett somehow knew turning Hulk comics into a bunch of body-horror imaery would work incredibly well, and we are forever indebted to them for it.

Metalshark Bro #1
Part of SCOUT Comics' clever idea to release a short issue of a comic and follow it up with a full trade paperback (they call it the BINGE! initiative) this would fail horribly if the comics they are doing a, "Sample," of were bad--but thankfully, this title and others continue to be great fun such as in this story of a shark who fight Satan and plays guitar.

Wyrd #3
I love what I have read of this title and find it interesting that for many of the same reasons I love the book (it is odd, off-kilter, and the narrative is purposely jumbled-up and messy) some folk hated it.

DCeased #1
Tom Taylor did a great job with his work on the, "Injustice," comic and he brings his immense skill to what is basically DC's take on/rip-off of, "Marvel Zombies," that surprisingly is a good time.

Peter Cannon: Thunderbolt #4
Kieron Gillen has written a lot of great stuff, but this mini-series riffing and commenting on super-hero tropes may be the best thing he's ever written, for me at least.

Black Hammer: Age of Doom #10
What started as an interestingly alternative take on super-heroes has morphed into an epic universe full of meta-aspects plus some wild subplots--I love it all.

I Think Our Friend Dan Might Be a Dolphin (One-Shot)
This one-shot makes it pretty clear that Dan isn't only a Dolphin, he's a bit of an alcoholic and sex-freak.

Deathstroke #43
Well damn, I am aware Christopher Priest is a creator who always knows what he's doing after decades in comics, but I'm quite curious how this comic will continue (spoiler warning) with the titular character suddenly killed at the end of this issue...did not see that coming.

Savage Avengers #1
Very little happens in terms of plot within this debut, but I can tell you Mike Deodato is a stellar artist when it comes to illustrating fighting and bloodshed!

Dark Red #2
Vampires living in the Midwest makes for a strangely compelling tale mixing politics and lots of blood.

Achilles Inc. #1
In a world where a small percent of the population suddenly gains powers this comic--which I found to be a great read--imagines what would most likely actually happen in a such a scenario, e.g. the people with powers use them to get rich in various fields of work instead of being vigilantes or whatever.

Captain America #10
Steve Rogers has been framed for murder and is stuck in a high-tech prison, but he still knows how to kick-ass when written-well (Ta-Nehisi Coates has done wonders to make-up for the mess Nick Spencer left with, "Secret Empire," I'd say).

Threshold: Allure #3
It's a title from the publisher Boundless, so you already know to expect lots of genitalia drawn in a very detailed manner along with some usually-stronger-than-you'd-anticipate storytelling, so depending on how raunchy you like comics to be your mileage may vary.

Atomic Robo and the Dawn of a New Era #5
I've been enjoying the adventures of Robo since his early years at another publisher (he started at Red5 and now is with IDW) thanks to the mixture of science, action, adventure, and a heaping dose of humor which makes this last issue of the most recent mini-series a delightful read. 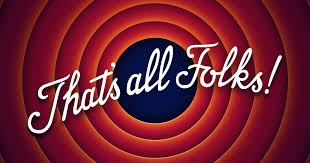 I hope you found my one-sentence summaries worth reading. If you did not it is too late now anyways. Therefore, I guess I just want to say you're welcome and I'm sorry.
Posted by David Charles Bitterbaum at 1:31 PM