Problematic Songs, Sexual Predators, and the Scientist Who Let Me Down 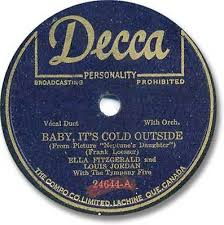 Two things are on my mind and they weirdly relate. They are the controversy over, “Baby, It’s Cold Outside,” and how much it stings for me that a man I was quite a fan of, Neil deGrasse Tyson, is potentially a sexual predator. To start though, let's discuss the song.

Look, I get it that, “Baby, It’s Cold Outside,” sounds a little problematic depending on the context of how one interprets certain lyrics. That said, it upsets me to a great degree how people are so worried about a song yet seem to not care in the least about the actual countless women who are date raped and choose to victim-blame. People get mad about a song, but when an actual person we respected is revealed to be a sexual predator you don’t want to believe the women, really?
Neil deGrasse Tyson is a genius scientist who is funny and has a great screen-presence. He also hurts women. Out of all the big-names to be found to be sexual predators this reveal has been the hardest for me. Tyson is a man who has tirelessly worked to spread knowledge in way that informs and entertains. He has shown how being smart is cool and besides perhaps Bill Nye is the best-known celebrity famous for his intelligence. He gained fame for wanting to educate others about the cosmos and doing it in an exciting way. He is clever, easy-to-like, and seems so approachable and cool. It is distressing to think all of these assets that made him so skilled at gaining fame also probably assisted him greatly in gaining the trust of the women he harmed.

I don’t want to think Neil deGrasse Tyson is a sexual predator, but ignoring the mounting evidence that he has tried to keep buried (the first woman to come forward, Tchiya Amet, started telling her story in 2010) would be tantamount to ignoring reality. Victim-blaming is never okay. I was a huge fan of Tyson, but I won’t ignore that our heroes can at times be revealed to actually be villains.
People are out here throwing a fit over a song that historians will tell you actually is meant to be harmless and contains no malice whilst bending over backwards to defend a man who truly does hurt women because the idea that even Neil deGrasse Tyson could be a sexual predator is too much to bear. I don’t want him to be—I 100% truly do not and am distraught to think the increasing number of allegations could be true. I won’t deny reality however, because I’m much more concerned with preventing actual rape than arguing about a damn lighthearted song from decades ago--but yeah, it hasn't aged that well.

Perhaps people are most upset because this news shows how if Neil deGrasse Tyson could be a sexual predator, anyone could be, and folk don't want to consider that. A charming scientist can a be a rapist, a respected female director can prey upon young men (let's not ignore men can be victims too), a popular journalist can be a creep, and if we don't start holding everyone accountable to just act like decent human beings things may never get better. Before we get too concerned about a song discussing an imaginary scenario I think we should address the very alarming and very nonfictional situations going on, but that's just me.
Posted by David Charles Bitterbaum at 11:45 PM