A Chunk of News and Links to Kick-Off December 2018 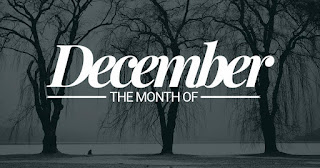 It is now officially the last month of the year. Big winter holidays such as Christmas, Hanukkah, Kwanzaa, and the like are rapidly approaching. Let's relax with some news and links before things get too crazy, shall we?

Knowledge to Absorb (As Well as Useless Stuff) 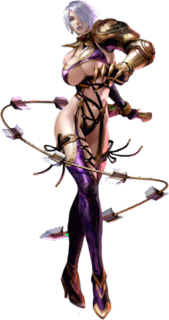 When I was a young pre-teen I had not yet really started feeling much in the way of attraction to females, but as puberty started to hit certain things would trigger me feeling fluttery and weird in my stomach. One of those things that left me all confused about being hot-and-bothered was Ivy Valentine from the first, "Soul Calibur," game and its sequels. I knew the outfit was exploitative and tacky, yet my hormone-addled self couldn't quit staring. I appreciated this article by Maddy Myers where she shares how she had much of the same sensations as a teen too, "I have felt every possible feeling about character Ivy Valentine’s tits and ass. Alienated. Angry. Sad. Jealous. Embarrassed. Bored. Horny. Amused. Jaded," and how she came to a terms of sorts about the character.

A new version of, "Batman and the Outsiders," had been solicited with two creators I enjoyed working on it--Bryan Hill as well as Dexter Soy--but has suddenly been canceled before even the first issue had a chance to be released. It seems it may be solicited again in the near future, but this is just odd.

My friends at Comics Heating Up have an article discussing virtual reality technology from the angle of how it could impact comic-culture, for example chilling in Bruce Wayne's mansion, or helping the Avengers fight Thanos. I myself have never been a big fan of VR as it makes me sick to my stomach wearing those headsets. Perhaps in a another decade or two the technology will advance further to where I'm more of a fan.

There has been a lot of controversy and discussion relating to a self-declared missionary of Christianity who a number of times tried to interact with one of the last remaining isolated cultures in the World--the Sentinelese--and ended up killed. They've been contacted before by anthropologists so they aren't completely without outside-world interaction, but the small tribe has repeatedly made clear it desires nothing more than to be left alone. There has been outrage from some organizations that feel the man--who was breaking multiple laws contacting the tribe--was wrongfully murdered, and others point-out it was self-defense but feel we somehow, "Owe," it to these remote tribes to modernize them. I personally think we should leave them alone, not because I am against modernizing them or for any fancy philosophical reason like Survival International discusses in its preference for allowing the tribe to remain isolated--I simply think it is wise because they literally have immunity to nothing and further contact with the outside world could utterly wipe them out. They apparently are recognized as their own sovereign location, so unless someone from there tries to contact the outside world, leave them alone.

Anytime in the future I see a white person comment how, "Slavery/Segregation/etc." was a long time ago and black people should get over it, they have the same opportunities as everyone else now," I'll point them to this article that breaks-down the economics of our nation's long history of institutional racism through discussing a big study on said topic. Hopefully once someone sees these facts they'll shut-up with their, "Racism is over," shit that it still astounds me to hear people say with a straight-face.

I've been playing, "Red Dead Redemption 2," and shared some thoughts on it recently. I enjoyed this article observing how there is so much to do in the game, yet nothing feels forced or rushed, something I loved as well.

I am a big fan of Lion Forge comics, a publisher based here in Saint Louis. Hearing they are doing some restructuring just makes me hope everything is okay and that whatever changes they make allow them to have continued success.

Plenty of folk observed that the, "Venom," movie (which I still need to eventually force myself to see) was in a way a romance movie about Eddie Brock and his Symbiote. Sony seems to be leaning-in to this, with an official promo-ad for the upcoming DVD (and Blu-Ray) release really playing-up that angle.

Finally, I always thought the, “Star Wars,” prequels were silly, not just because an evil wannabe dictator ascended to power, but because so many ignorant people in the movies supported the Empire despite the fact it was essentially telegraphing how evil it was, basically screaming, “We are the bad guys, persecuting anyone different!” Then I read the latest example of Trump supporters so blindly in love with him they are cheering the tear-gassing of children whose families are trying to seek safety in America (A nation whose own leader is treating them like inferior beings) and I realize we were all a little too hard on George Lucas back then. Jar Jar Binks still sucked though.
Posted by David Charles Bitterbaum at 1:16 PM