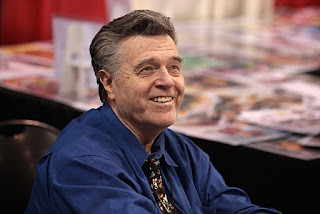 Neal Adams has died at the age of 80. He was an amazing creator. He made so many awesome comics and was outspoken about the people who made our beloved artform getting proper treatment. I saw him at two separate conventions and he was engaging and excited to talk about everything from, "Batman: Odyssey," to how people were getting famous on social media and that he wished he had that technology back in the day as the world was getting more and more connected in fabulous ways.

I would read stories of some people running into Adams at cons and him not being in the best mood, but I am pleased that any time I saw him he was extremely friendly and otherwise beaming with excitement to see fans at a convention. It cannot be stated enough how much Adams did for the art form of comics and fighting for creator's rights. He will be missed.