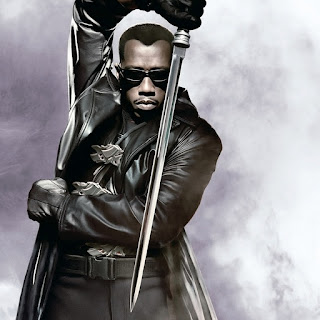 Before the Marvel Cinematic Universe existed there were Marvel flicks made by other studios. Some of those movies are now retroactively in the MCU thanks to studio mergers and deals (all the Spider-Men hanging out illustrates this). However, the first big Marvel hit was, "Blade." Before Spidey, before X-Men, we had Wesley Snipes fighting vampires. Now you can watch, "Blade," and, "Blade II," on Netflix. this is exciting news. "Blade: Trinity," is also streaming, but we don't need to talk about that film. There is a, "Blade," reboot coming in the future that will be set in the MCU, but why not catch up on the classic films in the meantime?