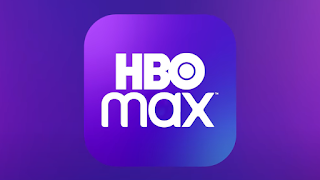 In news that surprised basically everyone, every movie that Warner Brothers plans to release in 2021 will also stream for a month simultaneously with its release on HBO MAX. We were shocked to hear, "Wonder Woman 1984," would be released on Christmas day on the service this year, but thought it maybe was more of a COVID-19 response than a new normal. Then this happens. Now, does this signal a change in the way we will see movies? Is the movie theater as we know it about to be dead, with only artsy theaters or those that make movie-going an experience (a bar, a full menu, plush chairs) to remain? Then again, is this just Warner Brothers panicking because HBO MAX hasn't gotten as many subscribers as they'd like, resulting in this wild effort to get some streamers? To guess at the future, we maybe need to examine the recent past.

An attempt was made recently by Warner Brothers to have a flick be only in theaters--"Tenet." It wasn't a flop, but it struggled, which may be another factor in this decision, but to make money these things have to be seen by people signing-up for HBO MAX, as some have noted. Things have been rough when it comes to theaters this year, so Warner Brothers maybe decided they could have more success just throwing everything on streaming versus trying to release stuff in theaters during 2021. It is a huge gamble, a monetary risk with dollars at stake few of us could comprehend. If it succeeds, then maybe it is a death knell for traditional movie-going with cheap tickets, rickety seats, and sticky floors. If it doesn't work out then perhaps we will return to a, "Business as usual," with new-release windows before home-video and streaming (at least once COVID-19 is hopefully eliminated soon). The next year is going to be interesting, that's for sure.