"Cyberpunk 2077," Sounds Impressive and Fun, but Not Revolutionary 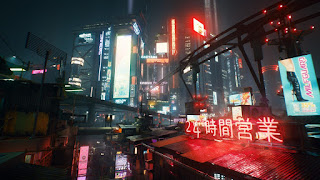 Ah, "Cyberpunk 2077." It has been in development for eight years. I've been cautiously optimistic throughout this process, although in this last year there have been scandals due to questionable jokes about gender and race, plus even though it was promised employees wouldn't have to, "Crunch," to get the game done, after numerous delays, there was indeed crunching going on. Messaging faux pas and questions of how well the development team itself was treated linger, but people are hyped for CD Projekt Red's latest release. Is it the best game ever, as the hype-train seems to insist despite all these people amped-up for it never having played the dang thing? Well, apparently it is pretty good, but not exactly revolutionary.

The one thing everyone seems to agree on is that Keanu Reeves is welcome as an over-the-top digital memory of sorts who gets inserted into your brain and despite trying his hardest to be unlikeable comes across as a generally swell dude (thanks to being played by Keanu Reeves, a man impossible to hate). Besides that, there are observations the game sometimes seems to be drowning in cynicism, is packed with things to do but feels a little sterile, and as Kotaku's Riley MacLeod sums it up in the headline, "Brings mixed feelings." Even those fawning over this new release admit bugs are an issue and the many various systems & stats for gameplay can get confusing. I hope to give it a try sometime in the near future and offer my own opinions! It is officially on sale tomorrow.