The New Gaming Consoles Are Going to Be Physically Massive 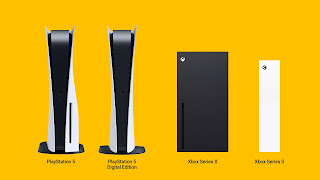 There was talk about how the upcoming Xbox Series X was really big, while its discount version, the Series S was pretty small. Well, now the PlayStation 5 has had its specs revealed. It is what the internet might call, "Chonky," or, "A big ol' Chonker." The new generation of consoles are gonna be massive, Nintendo and its eventual Switch successor that will probably be the same size as before aside.

It makes a certain degree of sense this is happening. With all the tech being jammed in these consoles they will need to be bigger, and the ventilation to keep all that tech running hard cool will take up a lot of space. Still, these things are gonna need a good chunk of space on your entertainment console. Oh, and they will weigh around 10 pounds, so don't think they're somehow light, they are chonky in every sense of the word. 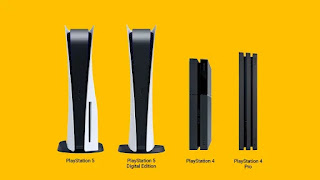 I'm not upset these new consoles are going to be so massive, it just is interesting that as some tech keeps getting smaller, the consoles are getting quite big. The last thing I would want is for one to overheat so if being a chonker keeps the air flowing safely then I'm all for a big console, if I ever get around to buying one of these newer generations after they've been out for some time. I'm not in any rush seeing as how I don't play my PS4 that much right now as it is.