I Want to Play That New, "Control," Game 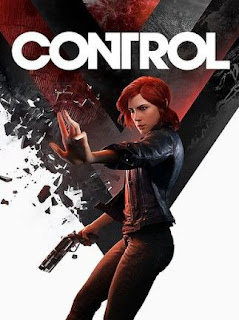 There is a game developer who always makes weird and interesting titles. They are known as Remedy and I will forever defend their (best title in my opinion), "Max Payne 2," as an incredible game whilst admitting the first one is quite wonky and the third one is great too but is sometimes feels like a Michael Mann film if Mann took a lot of upper-type drugs and refused to sleep for a week (so, both awesome and a bit much). I will also say, "Alan Wake," is a surreal masterpiece and volunteer I never played, "Quantum Break," but heard it was okay. With all of that said, I am eager to play the newest game from the developer, "Control," which features a trippy plot about otherworldly beings that inhabit technology, exciting game-play, and loads of weird little stylistic touches Remedy is known for--how about a creepy live-action puppet show for ya?

The overall plot of, "Control," is a bit mysterious as a lot of the fun comes from untangling the story. The general idea however is that you play a young woman named Jesse Faden who is looking for her lost sister and ends-up at the Federal Bureau of Control, which studies and tries to contain phenomena that should not exist within reality. Clearly things get quite wonky and I am eager to try it all out on my PlayStation 4. I would hope to get the game from the library sometime or see if it comes to Redbox--that or wait for a price-drop as I try to be frugal and not buy a new game at full-price considering how quickly things get discounted with sales these days. Worst comes to worst, while I wait for a chance to play, "Control," I could always buy a cheap copy of, "Max Payne 2," for my computer and try out some old mods on it. I'm patient, after all, and I'm always looking for an excuse to play, "Max Payne 2," again.
Posted by David Charles Bitterbaum at 11:36 AM