Booting Up
There are three video-games I've been playing lately, alternating between them at various times. They all also happen to be the third in their series. They are "Max Payne 3", "Assassin's Creed 3", and "Far Cry 3". I've been enjoying them all for sometimes differing and sometimes similar reasons. I have not "finished" any of them so I won't say a review so much as my general impression of each game having played as far as I have. I will however give a rating of what my girlfriend, Samii, thinks of these games having extensively watched me play them all. Let's begin. 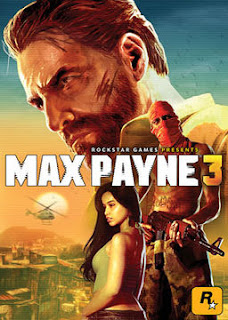 I'm about 2/3 of the way through this game and have enjoyed it a lot. Compared to the first and 2nd game this is quite different in how while the other ones did have somewhat of a cinematic feel to them they more-so almost felt like a comic book thanks to the graphic-novel interludes. Those are gone now, replaced by extensive cut-scenes and dramatic set-pieces. The game-play itself is fun but at times it feels like control is being taken away from me--the player--a bit too often to have more movie-moments.

One thing that has never changed in this trilogy however is the dark noir-feel that goes along with Max's misery. Early in the game as we saw our protagonist in his apartment sobbing and drinking so much he vomits, my girlfriend Samii asked, "Why is he so sad?" This got me to thinking about how throughout all the games Max has gone through enough in each installment of the series to utterly destroy any human being--losing his wife and child to drug-addicts high on a dangerous new substance, having the only other woman he possibly loved (Mona Sax) dying in his arms, and being shot and shot-at enough it could boggle anyone's mind. Why is Max Payne so sad? I suppose it is because his life makes a Greek tragedy look like a sitcom.
For those who don't know the plot, Max has moved to Brazil to do security work and as with everything else he attempts to do, it all goes horribly awry. We play as him whilst the plot develops into less a case of a job gone wrong and instead possibly a big conspiracy, it's cool stuff.

As I said, the game-play is fun with its slowing-down time, ducking behind cover, and otherwise getting into amazingly choreographed gunfights. The story so far has really stolen the show here though, resulting in Samii being so captivated by Max's story and hoping things will finally work out she'll ask me to play the game so we can continue to be amazed by Mr. Payne's saga. I recommend people try this game without hesitation as it is a rip-roaring time. I know things probably won't work out too happily for Max, but my girlfriend and I can hope, can't we?

Samii's Rating:
"This game is extremely violent, but really interesting." 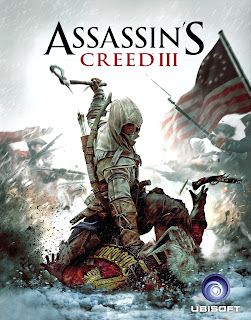 Despite having a "3" in the title this technically is the 5th game in the series as after 1 & 2 there was, "Brotherhood" and "Revelations". I've played the first and second game but never got around to the other "named" titles. I did however do some reading so that I would be caught up on all the happenings before I booted up the 3rd/actually 5th game (Lucy was a triple agent, who would have thunk-it?).

"Assassin's Creed 3" is a lot like "Max Payne 3" at times considering how until around maybe the sixth "sequence" where I currently am the game runs on a (mostly) incredibly linear and scripted path. It seriously isn't until a player is maybe 8 or 9 hours into the game that you start getting the chance to just wander around and find fun side missions. This would be upsetting were it not for the fact that the story is pretty interesting and had myself and my girlfriend eager to see more. I had to spend a few minutes explaining to her what all this business was with the Assassins and their foes the Templars but once I had that background information out of the way she was able to follow along with the story in the game just fine.

The story itself follows main character Desmond (in the present day) as he uses the machine known as "The Animus" to explore genetic memories of his ancestors back in the times of the American Revolution. It's fun because there are all kinds of famous historical characters we meet and neat little twists on actual history that create a cool fiction (for example, did you know the Templars were responsible for the Boston Massacre? Now you do).
Another reason the game may spend so long holding the player's hand is there truly is a ton of stuff in it. From all the varied weapons, hunting, piloting a ship, exploring the Boston Underground, attacking forts, and even more side-interests this game is jam-packed with things to know and activities to do.

One major complaint is that this game can be really glitchy. There have been big patches to fix it up but things sometimes will go wrong and really break one's immersion. Be it a character's mouth strangely not moving when they talk, or having to restart a quest because you threw a bad guy in a spot you were going to need to interact with and now suddenly can't, this game can get really buggy. Luckily, it isn't too horrible a problem.

As I've said, I'm only on the sixth sequence where I've been taking advantage of finally getting some freedom and have been doing a bunch of exploring. My girlfriend has enjoyed watching me do the story missions but finds the plot moves along a little slowly at times--something I agree with completely. Also, she gets kind of bored when I'm off just wandering the wilderness or hunting various animals so if you want to play this with a friend watching you might want to stick with the main quests so they don't start yawning. 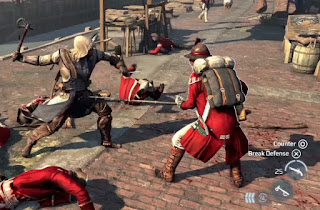 Despite my issues with the game's plot occasionally moving at the speed of molasses and glitches popping up, both Samii and I have found this to be pretty fun. I'd recommend playing this for sure, though if you haven't played any of the other games you may want to do some research into the complicated plot before starting this up.

Samii's Rating:
"It's fun, but it can be slow-moving." 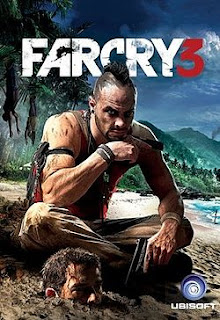 I must confess that while I really enjoyed the first "Far Cry" on an old PC that could barely run it, I have never actually played "Far Cry 2". This game is also probably the one I've made the least headway in when it comes to the main story as compared to the other two games I'm discussing, but that's because there is just so much fascinating extra-activities to do!

Just as with "Assassin's Creed 3" you get a whole land to explore, with the difference between the games being  how in "Far Cry 3" after a relatively brief series of opening events the metaphorical gates are flung open and the island is yours to explore.

Now, while I really enjoy this game my girlfriend does not. She thinks the plot is cliche with the whole " hero coming to save the island," she finds the hunting mechanic in the game really gross because of how you see animal-guts when you're skinning the beasts (in "Assassin's Creed 3" the game tastefully cuts away once you begin skinning your hunts), and she feels the supposed scary bad-guy of Vass in the game is not so much intimidating in his insanity as he is annoying. Yup, she really doesn't care for "Far Cry 3".
Now, while I'll admit the plot is pretty dull, the game itself in my opnion is just so fun! She might find it boring how I just wander around fighting bad-guys and hunting animals, but I love exploring the jungle, hopping on a hang-glider, and setting fire to enemy encampments. It might be boring if you're watching the game and want it to spin a good yarn, but if you are the one actually playing it you'll have a ball!

Whether I'm making bigger pouches to carry my ammo by hunting rare animals, or strapping C-4 to a jeep before I bail out of it and explode its cargo in a group of enemies, I really enjoy "Far Cry 3" even if its plot of your character, Jason Brody, rescuing his kidnapped friends is lame. For anyone watching the game though, it might be pretty "meh" to just see your friend running around not actually doing anything to advance the story--which as I've stated numerous times, kind of sucks anyways. I would recommend playing this game too, but don't expect anyone to be that interested in watching you.

Samii's rating:
"This game is boring and gross, I kind of hate it."

Shutting Down
I've now discussed the three games I've been able to play when I have some free time between school-work and general life. I've also told you, my dear reader, about which of these games is probably best to play if you have an audience. Each of these titles are being enjoyed by me, and two of them are fun in my girlfriend's opinion too. I'm excited to keep playing and eventually finish the games (or at least the main stories, I'm not going to spend hours gathering all the collectibles). There are so many good games out there I still have yet to play, and more coming out all the time! When I'm old and retired I'll probably boot up my dusty consoles and keep playing all these titles I never had the chance to get around to playing. I'm glad I've been able to enjoy these three games while I'm still young though, what with how in the future evil robots will control the internet and make it harder to write about anything. Now go out there and play some games between your reading of comics!

Side Note: I played all of these on a Playstation 3, other consoles (or a PC) can play them too of course.
Posted by David Charles Bitterbaum at 9:02 PM