How Wizard World St. Louis Went For Me.

I was at Wizard World Saint Louis extensivelyFriday and just for a bit Saturday. I will now talk about it.
I found Wizard World's STL event to be very enjoyable. I was there surveying the retailer booths, seeing the cosplayers, and visiting with some of the celebrities (at least the ones I was willing to wait in line to say hello to). I also really enjoyed chatting with the various publishers, small-press, and independent comic-makers. I shall now discuss the most memorable and fun moments for me. 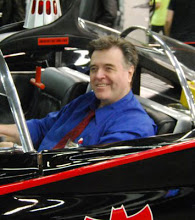 Probably my favorite part of the event came relatively early in the convention on Friday. I was on the show-floor and people had not yet swarmed Neal Adams. I went to talk with him and he was every bit as animated, outspoken, and interesting as interviews I have read with him make it seem like he is. We chatted about the future of comics with digital and print hopefully reaching a happy medium between on another and he told me more about one of his latest works, "Batman Odyssey" as I have only read half of it and he told me how I need to finish it. He also was eager to an interview sometime so before too long you all may be reading one I do with him! Check out his website here.

Another creator I met for the first time was Chris Samnee. His current work illustrating Daredevil is just stellar-looking and he was very pleasant too. You can see more of him here. 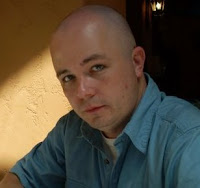 Readers of the blog have seen my interview with Cullen Bunn, and he was there too! View his page here.

There were other folk there too but I missed them or the line to talk to them was far too long by the time I got over to them (it was an hour-plus wait to even shake Arthur Suydam's hand).

Celebirties I Saw:
There were many celebrities there, and I didn't talk to all of them, but I was excited to speak with the ones I did! 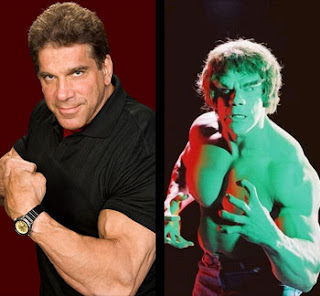 I said hello to Lou Ferigno. I'd seen him speak at my undergraduate college, SUNY Cortland, and he was quite nice. 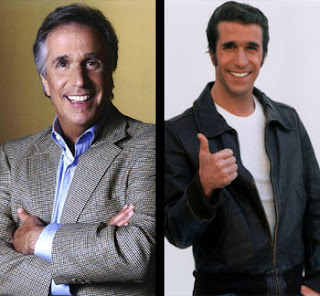 I saw Henry Winkler himself, probably best-known for his work as, "The Fonz," although I also loved him in the "Waterboy" as a young'un.. He was really up and about talking with the crowd and not just sitting at his booth. 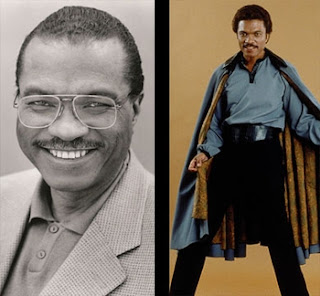 I chatted with Billy Dee Williams for a moment. I told him I really liked his work in "Undercover Brother" and seeing him on "Scrubs" which seemed to surprise him that someone remembered he was on that show. He thanked me and I told him I loved him in "Star Wars" too, of course.

Small-Press and Other Comic-Creators
Other than talking with Neal Adams, speaking with all the independent comic creators was when I had some of the most fun at the convention. In no particular order here are the cool guys and gals.

Big Dog Ink was there. They are a publisher with a variety of comics coming out. I've seen them listed in Previews or at the comic store before, but haven't tried any of their stuff yet mainly because with this economy I've cut comics from my pull-list more than I've added any. After talking with them and hearing about their neat stuff I purchased the first volume of their dark-humor comic, "Penny for Your Soul" and should have a review of it up here before too long. See their stuff here!

Speaking of comics-imprints that have a dog-theme, I talked with the folk at Hound Comics about their stuff. I hope to review some of it soon too as it sounded pretty cool when they told me about their stories. View them here.

Last summer I met the guys behind "Gargoyle by Moonlight" at Project Comic-Con. I saw them again this year and bought some nice merchandise I should review before too long. See their site here.

I talked with the creator of small-press comic "Strawman" and bought the latest issue. It looks like a good read! You can view more of his general work at his business website here.

I met the people behind, "Zeroes Heroes," a cool-looking comic with some nice art. I hope to review some of their stuff soon too! You can see their online comic here. 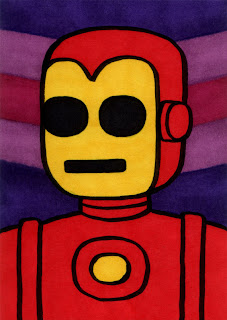 I first met Neil Fitzpatrick at Project Comic-Con last summer and ran into him again at Wizard World. His stuff continues to look both cute and creepy (in a good way) with the fun characters that have big pupil-less eyes. His site is located here. 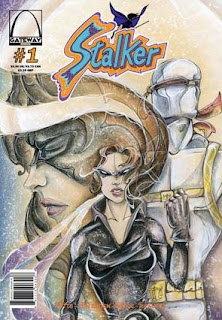 Bradley Potts has the website "Sunday Superheroes," where he posts a new installment of his comics on--when else?--Sunday. He also has some print-versions of his stuff. I'm eager to read his comics! See his site here. 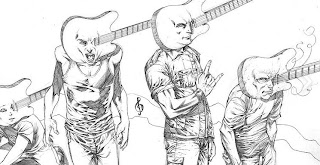 I've talked about the guys behind HeadMetal comics before, and I saw them again at this convention. They have finished the 99th issue after the 1st just as they said they would and now will go about filling in the space of the character's life. Should be quite the saga when it is all done! See more of them here.

I met the folk behind "Rocketbot" a website that supports comic-makers. It is interesting stuff. See their stuff here.

Two Other Neat Things
I also saw two other cool things that weren't directly related to comics but I wanted to mention too.

The Da Vinci Machines exhibit is currently in Saint Louis and will be through May 2013. While that itself is cool what is especially interesting is that the version that is normally in Australia is the STL one. The exhibit takes many of Da Vinci's famous sketches and makes machines based on them, its really fascinating stuff. See a description of the exhibit here. 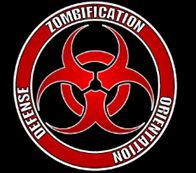 I met the people behind the group, "Zombification Orientation and Defense," who enjoy going to conventions in zombie-fighting gear. They enjoy learning all about general disaster preparedness so as to be able to help in emergencies...and for when the zombies start rising, which you know someday they very well may do. Learn more about them here.

In Closing
Wizard World Saint Louis was a great time and I want to thank Wizard for putting on such a fun event. I would recommend going to one of their future conventions and a list of them can be seen here--check and see if one is near you! Meeting the creators, seeing the fans, and otherwise having a good time is why I like going to comic conventions. If you have never been to one you definitely should try it sometime!
Posted by David Charles Bitterbaum at 12:52 AM