The September 2019 Toyman Show Was Wonderful 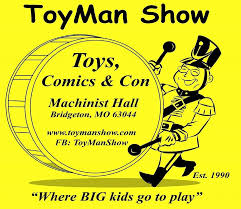 Today I had the pleasure of attending another Toyman show! While there I purchased/traded for an assortment of cool stuff and as always I thought I'd highlight some of the awesome treasures I acquired and the fantastic people I met. I began the show chatting with the folk from Bigfoot Comics and Collectibles who had a wide-range of stellar comics for sale, including this superb, "Incredible Hulk #141," I traded some of my own comics for. It features the first appearance of Doc Samson AKA Leonard Samson, the leading psychiatrist to super-heroes who himself has some superhuman gifts. Check it out below! 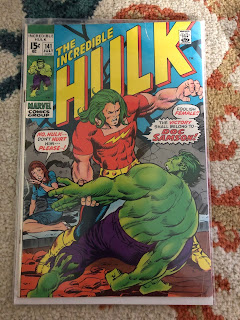 I continued my time at the show saying hello to some of my chums such as Eric Meyer of STL Comics who will be opening his own brick-and-mortar storefront in the coming months that I'm excited to learn more about as its grand opening approaches! I harassed/chatted with Spike of Lost in Space Toys and Collectibles who true to his store's name had some impressive toys and collectibles for sale. There were tons of vendors this show, it felt like there was even more to look at than any previous show, and I spent a good deal of time browsing a wide-range of wares. There was everything you can think of from people with Funko Pops, to vintage Hot Wheels, old-school video-games, posters, and fun horror magazines. I also had the pleasure of making the acquaintance of the gentlemen from Red Brick Collectibles who were a delight to chat with! 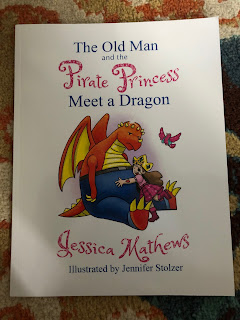 I proceed upstairs to the, "Artist's Attic," which had some wonderful creators whom I enjoy chatting with each time I see them. I bought Jessica Matthew's latest book (illustrated by the amazing Jennifer Stolzer), "The Old Man and the Pirate Princess Meet a Dragon," as shown above, to read to our son, Clarkson. He loves books with animals or big creatures such as dragons! I was excited to talk with J.E. Nelson who has the second book nearing its release date of, "The Power Within," series she has started featuring the tales of a young girl with Autism Spectrum Disorder. It was a pleasure as always too when I saw my friend and author Leigh Savage whom I chatted with about her latest erotica books and upcoming releases as well! One of the big guests in attendance was actor R.A. Mihailoff who has portrayed Leatherface in the, "Texas Chainsaw Massacre III," in addition to being in the, "Pumpkinhead," movies and, "Hatchet II." Despite portraying a number of horrifying individuals on film he was extremely friendly and laid-back, eagerly chatting with the line of fans. 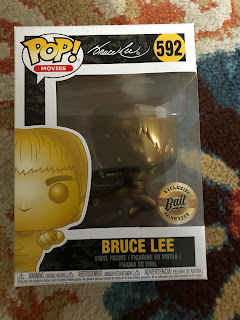 Before heading-out from the show after a number of delightful hours I made sure to stop-by the booth for Alliance Comics, Toys, & Games where I traded them a Funko Pop I had for this awesome all-gold Bruce Lee one pictured above. It was a fantastic way to end my day at the Toyman show. I eagerly await the next one on November 3rd, 2019 which will undoubtedly have more fantastic vendors, creators, and guests. Literally every Toyman show I go to has me leaving with awesome finds and having had amazing conversations with the stupendous people who attend. I must of course thank Chris, "Toyman," McQuillen for another wonderful show and am already eager to see what he has in store for the next one!
Posted by David Charles Bitterbaum at 6:49 PM