2 Things You Should Basically Never Do in Cosplay 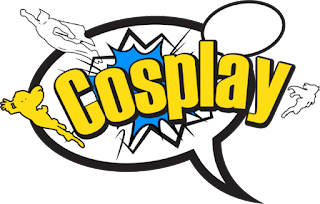 When it comes to cosplay I don't do it myself but enjoy supporting those who do and have even interviewed a rad cosplayer before, Ms. Alexa Heart. When it comes to cosplay one wonderful thing about it would be how there aren't really any rules. You can have the most complex outfit ever or just a wig, you can be whatever gender you identify as normally or dress as a different one. You can be tall and dress as someone short, you can be pretty and wear the outfit of a hideous zombie. Hell, you could be a human and dress as a vehicle if you wanted. Cosplay is a wonderful and fluid thing, but there are two things you should basically never do in Cosplay, and its alarming that a number of people don't realize this.
1. Don't wear blackface
There is absolutely nothing wrong with someone white, asian, native american, etc. dressing up as a character who is a person of color. Hell, I'm all for folk getting decked-out in Black Panther outfits, rocking a classic Luke Cage yellow shirt and Tiara, or dressing-up like Vixen. Here's the thing though, the practice of blackface has such a sordid and painful history that its just offensive to do.You don't see black cosplayers trying to change the tint of their skin if they portray a white character (and Joker facepaint doesn't count) so why would you try to do blackface? I get you maybe want to look, "Authentic," as possible but it isn't okay, for a multitude of reasons that a number of other articles explain better than I ever could.
2. Don't dress-up as a Nazi
This one should just be obvious. It's not funny, cute, and even if you're supposedly doing it, "Ironically," you still look like a fool. Don't try to think that if you're a, "Nazi zombie," that somehow makes it clever or okay too. Any attempts to do a, "Sexy Nazi," are even more idiotic. It's just not okay, whether you're in America, Europe, Australia, or an Asian country where, "Nazi-chic," is something as stupid as it sounds. Nazis are an actual and horrific evil entity that in living memory tried to wipe out whole groups of people and decimate the world. Dressing-up as an actual evil is different than a fictional super-villain because no matter how many imaginary people were killed, they weren't real.

Now, this one can actually have some, "But what-ifs..." attached to it. Someone might say, "What-if I want to be the Red Skull? What about someone else from Hyrda?" To this query there are many opinions, but in mine I say you are more than welcome to be the Red Skull and even have the Hydra logo, but leave the actual Nazi symbols at home because, again, the Red Skull is fictional, even if his hateful ideology draws from something uncomfortably real. Seriously, the only place people dressing-up as Nazis even comes close to not being totally disgusting is maybe World War II reenactment events, and even then you wonder why someone wants to play the Nazi. 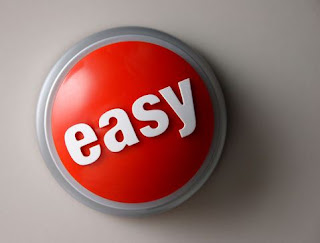 Easy to (Not) Do!
Cosplay is joyous and great. If you avoid doing the above two things you should basically never do in cosplay than you should have a fantastic time!
Posted by David Charles Bitterbaum at 11:45 AM