What the Dickens is Kanye West Up To? 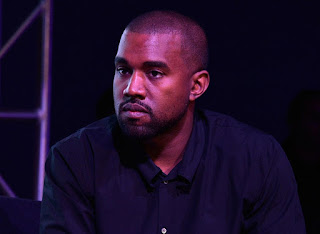 Kanye West created one of my favorite albums ever--his debut, "The College Dropout,"--and has made numerous other pieces I've adored. He's been outspoken and not afraid to speak his mind, once declaring in response to Hurricane Katrina what many were thinking--"George Bush doesn't care about black people." His aforementioned first album has as its first track (after a spoken intro), "We Don't Care," which discusses how society expects black people to fail or die in poverty and Kanye is out to correct that. He's always been a bit of a loudmouth and walked a dangerous tightrope between strongly believing himself and full-on narcissism. He also made me shake my head in disbelief when he married and had kids with Kim Kardashian of all people, but they fell in love so good for them. Still, imagine my surprise when lately Kanye has sounded more like a Neo-Con than a Liberal activist. Seriously, what the dickens is Kanye West up to?

If you haven't been following the news about Kanye, he basically came out of a self-imposed Twitter exile to declare plans to make a bunch of new albums that would be incredible masterpieces as well as both solo and in collaboration with other artists. He also stated he was writing a book on philosophy before clarifying his tweets were the book. So far the usual mixture of Kanye being creative and a bit outlandish, right? Well, then he randomly tweeted how he liked the way popular black-and-super-Conservative pundit Candance Ownen, "Thinks." Owens is known for saying how Democrats have, "Brainwashed," black people into voting for them and they should instead support Trump and his agenda. After that Kanye put-up approving tweets of videos from, "Dilbert," creator, Trump-lover, and annoying super-conservative Scott Adams rambling about how Kanye was some new hope for inspiring people to embrace conservatism. Kanye once seemed to be joking about an affection for Trump...it ain't a joke no more, with his outright declaring on a radio show just recently, "I love Donald Trump."

People who once decried Kanye was some kind of uber-Liberal traitor to America now are embracing him thanks to his apparent pro-Trump stance. How did someone as seemingly left-leaning as Kanye morph into what feels like a sudden darling of right-wingers? Does Kanye in fact now think of himself as some sort of red-pilled-Conservative-supporting-Republican? Is this just a case of him retweeting support for anyone who says nice things about him regardless of what he actually believes? Considering how unpredictable Kanye West can be should the Trump-lovers be so quick to hitch their wagon to man known for changing his mind without warning? I don't know what is going on, but it kind of saddens me to see Kanye go from sounding more like an advocate for Liberal issues to spouting Pro-Trump views.
Posted by David Charles Bitterbaum at 11:46 AM